10 Iconic Football Catchphrases That Could Be Trademarked

​Football is a serious game, one that can ruin a fan's weekend if their team loses. It is also a game that produces some lighter moments, both on and off the pitch.

In recent days, it has transpired that Leicester striker Jamie Vardy and his wife Rebekah tried to trademark the phrase "chat s***, get banged", which Vardy first used in public in a Facebook post back in 2011. The couple were unsuccessful in their bid.

Equally ridiculous was the news that Liverpool tried to trademark 'allez, allez, allez', a phrase sung by their fans during their Champions League runs of the last two seasons, the words 'six times', in reference to the number of European Cups they have won, and 'Liverpool' - though only in a footballing context.

Those daft suggestions got the cogs turning at 90min towers, wondering what else could, and perhaps should, be trademarked. Here's ten that sprung to mind... Never short of a word or two, Ferguson is believed to have used this phrase for the first time publicly in 2003 as his side battled with Arsenal for the Premier League title. Known for his mind games, Ferguson was referring to how the pressure was cranking up, causing everyone to struggle to sit still.

Did it work? Well, Manchester United did go on to win the title that year, although Arsenal won the FA Cup, so both teams enjoyed success to a certain extent.

16 years on and the phrase continues to be used up and down the country. When a game is tight and there is everything at stake, you know what time it is.

We all love Gillette Soccer Saturday. It is essentially radio on your television, where you listen to a bunch of ex-footballers loosely describing what is going on in a football match that you can't actually see. It sounds terrible, but somehow it works.

The headline act on the show is often Chris Kamara. When hearing from Kamara, fans rarely know what they are going to get. However, they can be fairly certain that they will hear the phrase "unbelievable Jeff" as he reports back to the show's host Jeff Stelling.

Whether what has happened was unbelievable or not is a mystery. Kamara is probably just pleased with himself for managing to pay attention to the game rather than facing the wrong way and missing a red card. Our Saturday afternoons would not be the same without him. Never change, Chris.

"No One Wants to Grow Up and Be a Gary Neville"

When Gary Neville finished his playing career, the list of people wanting to see him on their televisions again probably did not extend past his immediate family. Even they would have taken some convincing.

The same can be said for Jamie Carragher. Placing former Liverpool and Manchester United legends alongside one another in a broadcasting studio looked like a horrendous move from Sky. Yet it has worked. The duo are known for being two of the best pundits in the industry.

That does not stop them having a dig at one another when they can. When analysing how you become a full back by default due to not being good enough as a winger or as a centre back, Carragher saw his moment and grabbed it. Poor Gary. When a manager comes over to England for the first time their opening press conference can be a little timid. Perhaps they are still learning the language, or just want to keep things simple, so they talk about making the team better, improving confidence, the list goes on. All the usual stuff, which nobody really cares about.

Then you have Jose Mourinho. Having just won the Champions League with Porto in 2004, Mourinho strode in to Chelsea with his confidence sky-high. Did he try to hide it? Not a chance.

He proceeded to list his achievements, before referring to himself as "the special one". He backed up his boasts, leading Chelsea to back-to-back Premier League titles, and has gone on to have success at Internazionale, Real Madrid and Manchester United. If you've got it, flaunt it.

"You Can't Win Anything With Kids"

A Liverpool legend as a player, and not a bad pundit if you like someone who can shatter a player's confidence by picking apart every error that they have made on national television. Even the best get it wrong sometimes though.

Hansen famously said "you can't win anything with kids", after Manchester United lost their opening game of the season in 1995. It turns out, you can. United went on to win the league that season, and the likes of David Beckham, Gary Neville and Paul Scholes went on to have stellar careers at the highest level.

Nearly a quarter of a century later, Hansen is still trying to live that quote down. Wenger was Arsenal manager for over two decades, winning three Premier League titles and seven FA Cups. A remarkable record, especially given that he appeared to not watch half of the matches.

The Frenchman would often give the response "I didn't see it", when asked about controversial moments in games. In the final years of his reign, Wenger was criticised for his stubbornness as the club failed to buy players, and he struggled to adapt his style of play.

Can he really be blamed though? if he didn't see any of the key moments in the game then it is no wonder that he didn't know who actually played well or not.

"Let's Be Having You" When Delia Smith's name gets mentioned some may think of the cook that has been on our television screens for years. For football fans, the image might be a slightly different one.

During the 2004/05 season, Smith decided to go on the pitch at half time to demand more support from the Norwich supporters in the second half. Her drunken cry to the masses was met by bemusement, as the fans wondered what was going on.

Norwich were relegated that season, so perhaps that message did not work out as planned. You can't fault Delia for trying though.

How do you wake a group of players up who are not quite at the top of their game in training in the morning? You use an imaginary bell of course.

That was Ranieri's strategy in the 2015/16 season, when he was in charge of Leicester. Remarkably, it seemed to work as he led the club to the Premier League title in arguably the greatest upset the sport has ever seen.

Now other managers see where they were going wrong. You can't forget your imaginary bell when packing your bag in the morning.​ 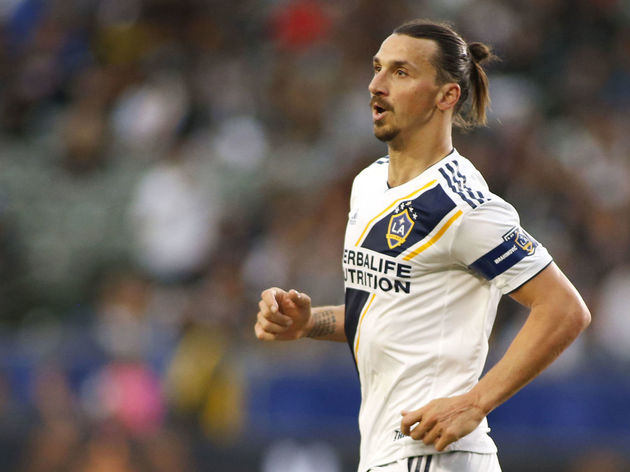 Zlatan Ibrahimovic has moved from club to club over the years, leading some fans to wonder just how good he is when he has not settled down with one particular side. The player himself has never had such doubts.

Way back in 2000, Ibrahimovic claims that he was asked to undergo a trial for Arsenal. The striker was not happy, and later explained "Zlatan doesn't do auditions". Arsenal still did well without him, with Thierry Henry leading the line, although they could have done with Ibrahimovic's quality in recent years.

The moral of the story: don't doubt Zlatan.

"I Will Love it if We Beat them, Love it"

We all know what a 'poker face' is. Do not let your opponent see any sign of weakness. Everyone knows that. Everyone, except Kevin Keegan.

When going for the Premier League title in 1996, Keegan was angered by Sir Alex Ferguson's comments about opponents wanting to beat Manchester United more than they did Newcastle. Rather than bite his tongue and brush the remarks aside, Keegan went on a rant and there was no holding back.

He really wanted to win the league that year. Unfortunately for him and Newcastle it didn't happen. Yet we will always have that clip to look back on. Tell us what you really think, Kevin.