​While English natives share an admittedly strange sense of national pride in our poor weather, excessive amount of pubs and interesting meal choices, the same can't be said for foreign football stars.

While many move to England and find their feet as their career blossoms, others simply endure a torrid time and leave as quickly as they flew in. Some people just don't appreciate a working men's club when they see one.

With former Chelsea manager Maurizio Sarri recently revealing his dislike for London in a recent interview, now is as perfect a time as ever to look back on some more examples of football players and managers who just couldn't hack the English lifestyle. The ruthless Argentine forward had a rollercoaster ride of emotions during his time in England.

Despite complications over who owned the rights to the player, he let his football do the talking when it mattered most, and proved to be one of the Premier League's best strikers in a six-year spell in Manchester. And if moving from ​United to City in 2009 wasn't controversial enough, the striker took it one step further when he let his feelings be heard about the north-west.

He handed in a transfer request in January 2011, the same season he was appointed Manchester City captain, before doing a U-turn. The U-turn didn't last long however, as that summer he returned home and told local press about how much he hated living in Manchester.

He would eventually leave in 2013, stating that he almost retired that summer amid the crisis. 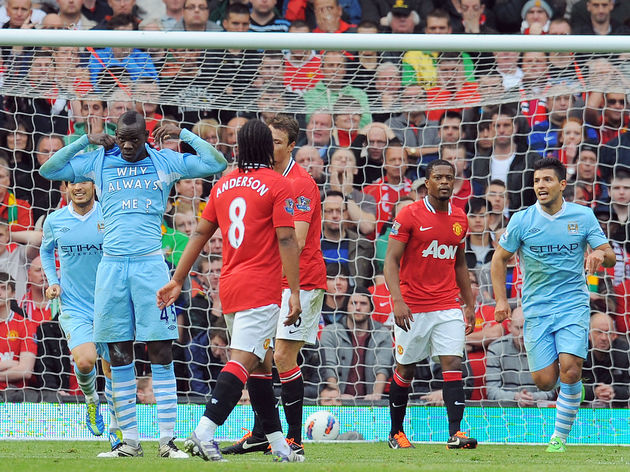 From one polarising Manchester City striker to the next, Mario Balotelli was never too far away from the headlines.

When he wasn't scoring goals for the Citizens, he was setting fireworks off in his bathroom and throwing darts towards youth players. Perhaps that was because he was bored in Manchester.

The Italian admitted in 2011, during his first season with the club, that he wasn't enjoying living in Manchester and instead preferred life in his hometown of Brescia. The story reads much better when you consider that Balotelli has now found his way home, playing for his hometown side in Serie A.

Ex-Barnsley @90sfootball striker Georgi Hristov is 43 today. In 1998 the £1.5m misfit blamed his love life for being shite:

 “The local girls are far uglier than the ones back in Macedonia. Our women are much prettier. And they don’t drink as much beer as Barnsley girls.” pic.twitter.com/gRLwrHvAdC

Moving back in time and across the Pennines, Macedonian striker Gjorgji Hristov famously revealed he was homesick after signing for Barnsley in 1997. Sounds reasonable, right?

Hristov admitted he was struggling to settle in the Yorkshire town, because the girls 'weren't pretty enough' and drank too much beer for his liking. He further described England as 'strange', and would leave for good in 2000.

Some can, some can't. 12-time French international Gael Givet moved to Lancashire in 2009, signing with Blackburn Rovers on a loan deal after falling out of favour at Marseille. He made his move permanent that summer, and all seemed rosy for the centre-back.

His time at Ewood Park declined however when the club were relegated to the Championship in 2012, which he cited as one of the main things he struggled to deal with. He left in August 2013, but made things difficult mid-season when he told French press that he would've killed himself if he had to stay in Blackburn without his wife and children.

Either he's an incredibly devoted family man, or he really hated the city of Blackburn. Moving from the playing field to the dugout, manager Juande Ramos swapped Seville for north London in October 2007, taking charge of Tottenham after Martin Jol was sacked.

The statement four-year deal he was handed was filled with promise, but the Spaniard would depart after just 12 months and was replaced by Harry Redknapp, who enjoyed much more success.

It was obvious that Ramos has failed to settle in England; he wasn't speaking the language in interviews and reports persistently suggested that he was homesick during his stay, despite denying so while still in charge. He clearly struggled to fit in with local traditions, actually winning a trophy at the club. 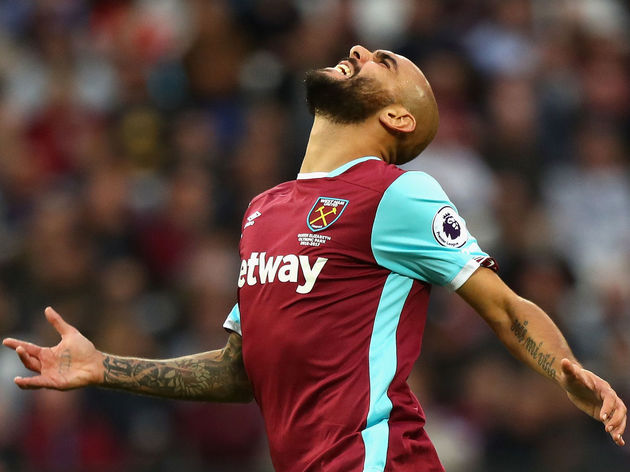 ​After one season with ​Juventus, Italian forward Simone Zaza headed to London in August 2016 to sign a season-long loan deal with West Ham that was more than likely to be made permanent.

A nightmare season in the capital was cut short however, and Zaza departed for Valencia in January after failing to score a goal for the Hammers. Zaza commented on his short stay in England, admitting that he didn't enjoy the English lifestyle and struggled with the difference in culture.

His agent, who happens to be his father, further added that he never actually wanted to move to England, insisting that they never actually chose West Ham. Former Ukraine striker Rebrov signed with ​Tottenham in 2000, but was frozen out of the first team after two largely unsuccessful seasons. He spent the next two seasons on loan with Fenerbahce, before leaving in 2004. He spent another season in England with West Ham, before leaving the country for good a year later.

It became obvious that Rebrov had failed to adjust to life in England, but a healthy dollop of racism in 2008 really sealed the deal. After Roman Pavlyuchenko moved to Spurs that year, Rebrov stated that he was a victim of robbery and warned their new signing not to walk around the area near the ground.

Why? ​quoted by a Russian magazine. Moving back up north, the footballing world was amazed when ​Real Madrid superstar Angel Di Maria arrived at Manchester United for a then-British record transfer fee in 2014.

Along with a new manager and a flurry of other high-profile signings, United were back. Or so they thought.

Despite a strong start to life at Old Trafford, including that ridiculous goal versus Leicester, Di Maria's form quickly dropped off. Reports suggested he had struggled to settle in the north-west, and the bed was made in February 2015 when his family were victims of a a burglary at his home.

The Argentine winger never recovered from the traumatic event at home, and swiftly left for Paris Saint-Germain after one season. Despite still playing for Arsenal, midfielder Lucas Torreira made his feelings known about living in England last year when he admitted that he wasn't enjoying his time in the country.

The midfielder joined the Gunners from Sampdoria in 2018, but stated that he preferred living in Italy when speaking to press in his home country of Uruguay. He further cited the language barrier and the weather as reasons why he has struggled to enjoy his new life in England.

He remains at ​Arsenal, but with his feelings known about his current living situation, don't expect him to remain in north London for much longer. Spanish winger Nolito was one of Pep Guardiola's first signings when he took over at ​Manchester City in 2016, and he proved to be an instant hit.

His early season form quickly derailed however, and he found game time limited in the second half of the season​.

Nolito admitted that he was struggling with the English lifestyle and wished to leave, infamously stating that his daughter looked like she had been living in a cave when speaking to Spanish media.

He left after one season with the club, returning to his home country with Sevilla.