​Unai Emery has confirmed that ​Granit Xhaka will not play in Arsenal's game against Wolves this weekend.

This all follows Xhaka's reaction to ​Arsenal fans when he was booed off during their 2-2 home draw to Crystal Palace. The Arsenal captain was visibly furious and shouted back at fans as he walked straight down the tunnel. 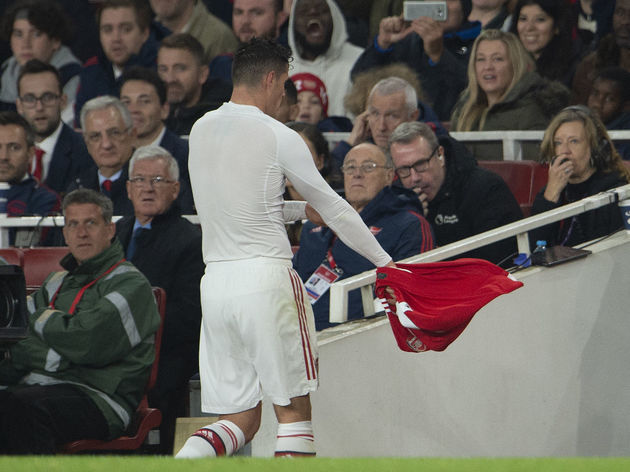 Arsenal fans did not react well - as you'd expect. Some are calling for him to resign, some are calling for the club to sell the Swiss international. Because everyone absolutely loves speculation, here at 90min, we decided to ponder over where Xhaka's next club could be if he was to be ousted by the Gunners Granit Xhaka spent four seasons with Gladbach before Arsenal signed him for roughly £35m, making himself a fan favourite as he played 140 times for the club in all competitions.

Xhaka has been linked to I Nerazzurri before, and they would be likely suitors if he was to leave the Emirates. ​Inter With Conte's experience of the Premier League and its players, it would be no shock if he was to look there again. Inter have already signed Lukaku and Alexis Sanchez from the Premier League over the summer - Xhaka could be the third one heading to the San Siro​.

The one thing that Inter lack is a rock in midfield who could be a commanding presence. Could Xhaka be that man?

​Atletico are another side who have been linked with Xhaka previously, but eventually looked elsewhere due to Arsenal's valuation of the Swiss star. But now, amidst the controversy, Arsenal's valuation could decrease leaving the door open for Diego Simeone to show interest again.

They brought in both Hector Herrera and Marcos Llorente over the summer having lost Rodri to Manchester City. However, neither of these two have impressed in an Atletico team which has drawn as many games as they've won. Xhaka might be the answer, and could slot perfectly into Simeone's 4-4-2 system – he'll just have to work his socks off. Now this, undoubtedly, would be a bit of a step down for Xhaka and he'd have to take a wage cut - although both teams are in the Europa League, and Basel have won more trophies in recent history.

It's a slightly romantic choice, as Xhaka was born in the Swiss city and spent his early professional car​eer at Basel – and he did speak at length about his family in his statement following the clash with the Arsenal fans.

As we know, family can have a big influence in deciding a player's next move - and if Xhaka's family want to move back to Switzerland, Basel would definitely welcome him back with open arms.

Alright - hear us out with this one. ​Manchester United are distinctively average at the moment - especially in the midfield. Fred doesn't do anything, Nemanja Matic is old and Andreas Pereira isn't a central midfielder. They need someone to partner Scott McTominay, and Granit Xhaka could be the man to do it. Manchester United have nabbed Arsenal's captain before – remember Robin van Persie? – so what's to say they couldn't do it again?

Could you imagine the reaction from Arsenal fans if he made the switch to Old Trafford? The 27-year-old still has a lot to give as he hits his prime - and he could make a huge difference to the Red Devils.