"Haha! No way dude. That's some proper s**thousery right there!"

Yep. The man who condemned Jurgen Klopp to his first defeat in European two-legged knockout competition as Liverpool manager only went and celebrated the occasion by calling the newest member of his family 'Anfield'.

Luckily, he bought a dog, and hadn't had a child. That would have been very cruel. But it got us thinking, what are some of the best potential pet and pet name combinations created to taunt an opponent in football? 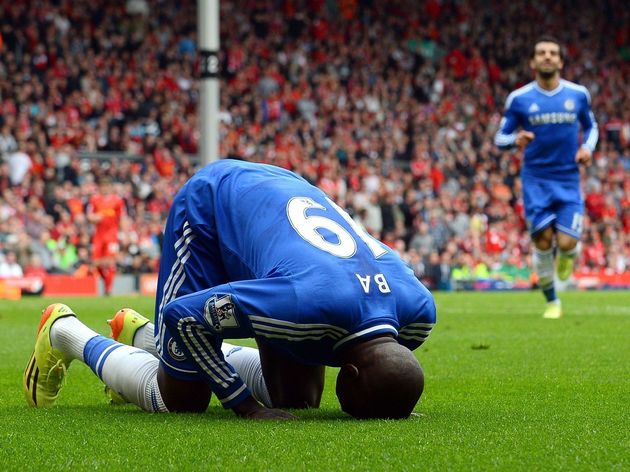 This one is stretching back all the way to 2014, but I think goats live that long anyway. Demba Ba seems a very humble, modest man, so I doubt that he would ever go to such lengths as this, but who knows?

The former ​Chelsea striker will go down in Premier League history as the man who took advantage of Steven Gerrard's infamous slip in ​Liverpool's failed title bid, ​a moment which is held over the Anfield faithful's heads even today.

So in honour of such an occasion, who's to say that Ba didn't commemorate the moment by buying himself a fainting goat, shaving a number eight into its hair and calling it Slippy? Sounds feasible.

 "Stuff like that insults me. What am I supposed to do? Give up? Not cover every blade of grass. Not do my best for my teammates. I actually get offended when people through quotes like that at me. As if I'm supposed to be honoured." pic.twitter.com/rzwpUFi6qS

Roy Keane is a man known for his love of dogs - and hatred of Sir Alex Ferguson (among many things). Judging from everything we know about the bloke, he needs a good cheering up, so why not send him a new pup?

But in a cruel twist of fate, the dog arrives at the Keane household with the name tag 'Fergie' on its collar, and in honour of the great coach's much-feared 'hairdryer' treatment, we've gone for a dog that looks like it owns a blowdryer - an Afghan hound.

This is how an Afghan Hound looks like. pic.twitter.com/HjSRw3NeTv

The mental image of Keane stalking the streets with the softest and most well-groomed animal on the planet ​is one for the ages. Back in 2006, the football world collectively picked its jaw up off the floor, after witnessing Zinedine Zidane lose his head, and then plant it into the midriff of Italy star Marco Materazzi. The occasion? Only the World Cup final - and the Frenchman's last ever game as a professional footballer.

The relationship between the two players has been irreparable, although Materazzi has often attempted to put it all in the past. But Zidane won't allow bygones to be bygones, and the pair have never seen eye to eye since.

So, it's time for Materazzi to double down, invest in a ram called Zinedine, and waltz around the streets of Paris with the World Cup in one hand, and his new best friend in the other. Take that, Zinedine. Nigel Pearson is a man with whom I would avoid confrontation at all costs. If he says it's a Tuesday on a Sunday, it's a Tuesday. And one unfortunate journalist once felt the scorn of the former ​Leicester City boss, who took offence to a particular line of questioning, and uttered the immortal line 'if you don't know the answer to that question, then you are an ostrich. Your head must be in the sand'.

That classic sentence has obviously followed Pearson around ever since. Rightly so. And now he finds himself deep in a relegation scrap once more, under pressure to recreate the dramatic escape he achieved with the Foxes in 2015.

In a study of 200,000 ostriches over a period of 80 years, no one reported a single case where an ostrich buried its head in the sand. pic.twitter.com/t5g636M6Kj

If he fails to keep Watford up, however, that journalist may be importing a brand new pet for Pearson - and a sandpit to play in. 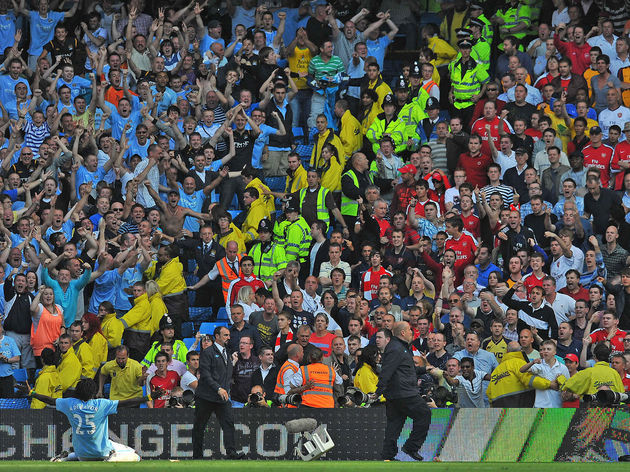 ​Who can forget when Emmanuel Adebayor came back to bite the hand which once fed him, by scoring against Arsenal for ​Manchester City, and then tearing down to the opposite end of the pitch to perform a world-class knee slide in front of the Gooners?

A wonderful moment for everyone involved - except ​Arsenal fans, probably. The Gunners have never forgiven Adebayor for his departure and subsequent actions with the Cityzens, but frankly, I don't think he particularly cares.

What, did you think I forgot to deliver today's #DailyJackalPic? Do not worry, here's a golden jackal who is very upset at these birds lack of social distancing!

And since he was once being paid by roughly 17 different Premier League clubs at the same time, I reckon he's got some cash to blow. So how about buying every Arsenal fan a pet jackal, and naming it Emmanuel?

The speedy dog can perform Adebayor's famous celebration in their gardens every day as a harsh reminder of what happens when a scorned lover comes back to haunt you - and it can do it at the same pace, too.