First and foremost, let's have a round of applause for Mikel Arteta. The man is 38 years old, was appointed Arsenal's head coach having had no previous managerial experience, and arrived as the club had sunk into their deepest crisis of recent times.

Unai Emery's sinking ship has been somewhat steadied, and Arteta's arrival has provided a much-needed breath of fresh air around the club - both on and off the pitch. Performances, both on an individual and collective basis, have markedly progressed, and results have been better.

We may not have any football but I’m determined to carry on with The Breakdown. Got some good un’s planned & first up it’s analysis of the changes Mikel Arteta has made at #Arsenal

Yet, as Arteta's ​Arsenal continues to take shape, it grows ever-clearer there remains room for considerable squad strengthening during his first summer window. need 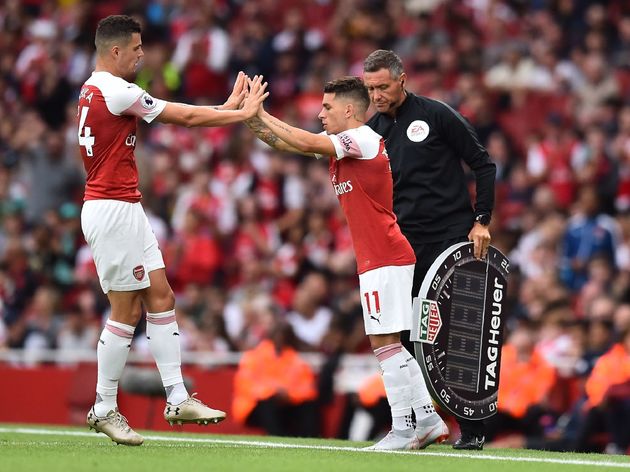 Suggested Options: Dani Ceballos is obviously a name in the conversation, but neither Arsenal, Real or the player himself seem particularly sure about making the deal permanent – and there's no buy clause in his loan.

​Atlético Madrid's Thomas Partey was a key target for Unai Emery last summer and was, apparently interested – but failure to qualify for the Champions League scuppered any chance of a deal. Still, he remains a tantalising target who would markedly improve the centre of the Gunners' midfield.

Spanish duo Carlos Soler and Marc Roca are also options as Arteta scours the Spanish market. Both 23-year-olds have impressed throughout the current La Liga campaign for Valencia and Espanyol respectively. With the obvious first-choice right-back in place, he would benefit both from cover and competition as he works his way back to the peak of his powers.

Then came the ​January signing of the already-injured Cédric Soares on a short-term loan, who looks as though he may not play a single minute of first-team action before his deal is up, depending on how/when the season ends.

Suggested Options: Cédric will be a free agent come the summer, and if the club felt he was capable of contributing to the squad during the second half of the season, perhaps they'll feel the same in the summer.

In the unlikely scenario Arsenal splash out on a right-back, the club have been linked with a move for Norwich City's £30m-rated Max Aarons. He would certainly be an exciting option, but the Englishman will have plenty of suitors if/when he decides to leave the soon-to-be-relegated Canaries.

PSG's Thomas Meunier is also out of contract at the end of the season, and could prove an enticing and financially viable option for the club. Even if Arteta really does see ​Mesut Özil as a key part of his plans moving forward, the German turns 32 in October, and his considerable drop-off in terms of goals and assists contribution is a cause for concern.

Chuck the horrendously inconsistent ​Henrikh Mkhitaryan into the mix (hopefully he'll be sold after his loan spell with Roma comes to an end) and you've got yourself a pair of overly-expensive attacking midfielders whose contributions fail to align with the amount of money the club pays them.

The club have failed to fill the void left behind by ​Aaron Ramsey's goals, assists and attacking output. Will they address it this summer?

Suggested Options: It comes as little surprise that ​Chelsea's ​Willian is a name doing the rounds. Kia Joorabchin is his agent – the man who was ultimately responsible for bringing ​David Luiz to the club last summer. He also represents the club's technical director Edu. Willian wants to stay in London too, so could it be a toss-up between Arsenal and Spurs?

Orkun Kökcü is a slightly different option - he's 20 years old, plays his football for Dutch side Feyenoord, and is seen as a natural successor for Özil in his midfield playmaker role. He's certainly fit the profile of the type of signing the Gunners would like to make - young, promising, and not yet out of their economic reach. Look, we all know that Arsenal have struggled dearly in the centre of their defence for a long while. It's understandable, then, that rumours surrounding potential centre-back reinforcements continue to circulate.

But, with the highly-rated William Saliba already joining the club after signing last summer in a €30m deal, and Pablo Marí likely to be sticking around beyond the duration of his short-loan, the club have an excessive number of centre-back options (eight!) on the books.

The door remains open for an injection of quality, and Arteta would certainly jump at the chance to sign a top-class central defender, but it would require one or two of Sokratis, Mavropanos, Rob Holding, Shkodran Mustafi, Calum Chambers and ​David Luiz to leave.

Suggested Options: The past few transfer windows have seen both Samuel Umtiti and Dayot Upamecano incessantly linked with the Gunners. However, it would take substantial sums to prize either centre-back away from Barcelona and RB Leipzig respectively.

Perhaps more likely targets are Bundesliga duo Malick Thiaw of Schalke and Evan Ndicka of Frankfurt. Both are exciting prospects that would be fit with Arsenal's intended transfer strategy moving forwards. The future of ​Pierre-Emerick Aubameyang remains unclear - the Gabonese is about to enter the final 12 months of his contract, and who knows whether the club can afford to cash in on him now, or risk losing him for free next summer.

​Alexandre Lacazette has had a torrid season in front of goal, so it's not beyond the realms of possibility the Gunners undergo yet another sizeable changeup of their forward line.

Suggested Options: Real Madrid's Luka Jovic is a name that continues to reappear. Aubameyang has previously spoken of his desire to play for Los Blancos, so perhaps links to the Serbian international make sense.

Celtic's Odsonne Édouard is a fascinating option - he's only 22, and has proved a talented goalscorer in Scotland. You'd anticipate he'd be both affordable, and open to a move too.

Gent's Jonathan David is of interest, and so is AZ Alkmaar's Myron Boadu - both are exciting prospects who have hit the 20-goal mark already this season.