​Another week and another lacklustre performance from Unai Emery's Arsenal. This time a timid 1-1 draw with a ​Manchester United team who are in a crisis of their own. After being backed heavily by the board in summer, time (and excuses) are fast running out for the Basque manager.

Change was inevitable after Arsene Wenger left the helm following a 22-year stint as Arsenal manager, and Emery was gifted the patience that he deserved from the Arsenal faithful, but after a season, there has been little to no improvement made. Here are five reasons why Unai Emery is not the man to fire the Gunners back to the top of English football. Perhaps most worryingly, ​Arsenal seem to lack a tactical identity under Unai Emery. It took 22 years for Arsene Wenger to instil an attacking mentality in his side and despite several team changes over the years, that attacking philosophy could always be compatible with Arsenal (even at the expense of defensive responsibility).

Signs of the Frenchman's philosophy could still be noticed at the start of the 2018/19 campaign, notably the scintillating box-to-box team goal scored by Aaron Ramsey against ​Fulham, despite the title 'Emeryball' being attributed to the move. One year on, that attacking mindset seems to have slowly seeped out of Arsenal's play, much to the dismay of the fans that have witnessed wonder goals scored by Wenger's teams of the past. One would assume that a lack of attacking emphasis would at least improve the defensive structure of the Gunners side, but this clearly is not the case, which leads onto the next point...

Arsenal conceded 51 goals during the 2017/18 league campaign, whilst keeping a total of 13 clean sheets. The following season (Emery's first) saw the Gunners concede the same number of goals, but only managed eight clean sheets in the Premier League whilst scoring one less goal. With 11 goals already conceded in the league, Arsenal are on track to concede close to 60 goals by the conclusion of the 19/20 season.

Emery is not a serious manager pic.twitter.com/cOYIFPH3CA

This should set alarm bells ringing in the ears of the Gooners fanbase, as it is apparent that Arsenal are replacing their attacking emphasis with, well, nothing. A manager like Diego Simeone would no doubt sacrifice a large number of goals, but would at least stop the opposition scoring. This is reinforced by ​Atlético Madrid keeping 20 clean sheets in 38 games in the 18/19 season.

It's therefore an arduous task to see how Unai Emery improves this side, and what he brings to the table tactically. 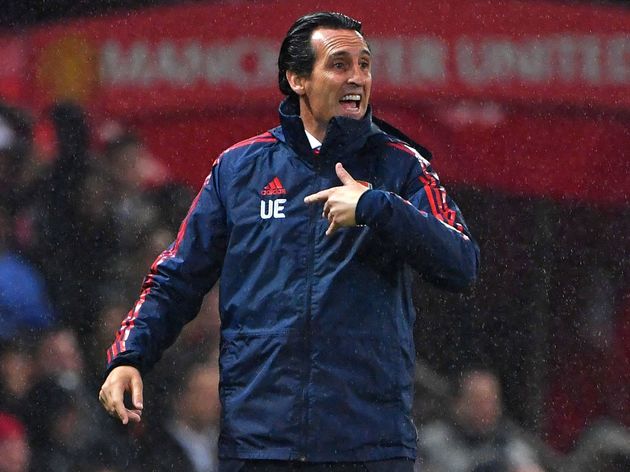 One of the basic fundamental principles of being a football manager is to play your best players when available. Whilst Emery has been unlucky over the 45 league games in charge, with several long-term absentees such as Hector Bellerín and Rob Holding, his team selection has been contentious at the best of times.

One notable victim of this is Mesut Özil, with the World Cup winner only managing to play 71 competitive minutes so far in the 19/20 season, despite the former German international arguably being Arsenal's best player on paper. Özil did not travel with his teammates to Old Trafford which understandably bamboozled many of the Arsenal faithful, and question marks loom over how long the pairs strenuous relationship can continue on for. This season, Emery has tried deploying Lucas Torreira as a pressing box-to-box midfielder, which does not exactly harness the Uruguayan's abilities. It is clear to see where Torreira excels, breaking up play and committing himself 100% in the tackle, yet Emery perseveres with the experiment, instructing the midfielder to push forward and press from the front in an attempt to win the ball back in the oppositions defensive third. This was an experiment that Maurizio Sarri tried with N'Golo Kanté during his one year stint with ​Chelsea, and everyone knows how that turned out.

Play your best players in their best positions; you are a football manager, not a scientist, Unai. Stop experimenting.

"Some people think football is a matter of life and death. I don't like that attitude. ​I can assure them it's much more serious than that".
- ​Bill Shankly

If this quote doesn't summarise the importance of football to a fan, then it's time to choose a different sport. Pre-match team talks should motivate every single player to put their body on the line for their team, and that is something that does not appear to be happening inside the Arsenal dressing room at this moment in time.

Long gone are the days of natural leaders, such as Patrick Vieira, Tony Adams, Frank McLintock and Eddie Hapgood. Rather, Arsenal find themselves in a position whereby ​five captains must be selected, leadership, therefore, has to come from the manager. Instead, Unai Emery seems content on playing for the draw in many of the games over the past two seasons, and this was evident after the latest ​1-1 Draw with Man United. Joe Willock came on as an 80th minute substitute in the place of the influential Bukayo Saka with the scores level, making the Gunners set-up even more defensive than before, which seemed to indicate Emery being happy with a draw against a United side who were there for the taking.

When asked about whether he was disappointed with the result, Emery stated: Those are the teams that Unai Emery has coached in his 15-year managerial ​career. Aside from three Europa League final victories with Sevilla and a domestic treble with PSG, Emery has little else to show for his career as a manager, and question marks should be raised over his credentials and ability. An injection of youth, charisma and tactical nouse may well be what's needed. Arteta, anyone?

It may well be time to say "Good ebening", Unai.