Fans of England's top sides often spend months feeling as though it could finally be 'their year' to lift the Premier League title. However, these dreams can be snatched away in an instant.

The margin for error atop the league table is often so fine, and one poor result can be fatal to a team's aspirations, and we have seen that happen on plenty of occasions in the past.

Here are six games which brought an end to a team's Premier League title hopes.

With the exciting trio of ​Luis Suarez, Daniel Sturridge and ​Raheem Sterling leading the line for ​Liverpool in 2014, the sky was the limit. A streak of 11 consecutive victories between February and April proved the Reds were going for glory, and they were three points clear of ​Manchester City with just three games remaining. Jose Mourinho even looked to be making it easy for Liverpool by fielding a second-string ​Chelsea side when they met, to preserve his stars for their upcoming ​Champions League semi-final. For the Reds, the task was simple - beat a weak Chelsea side and move a step closer to the title. Surely they wouldn't let it slip?

Steven Gerrard's infamous tumble gifted Demba Ba a first half opener, before ​Willian netted late on to drive a stake into the heart of Liverpool's title challenge. City were handed a lifeline in the title race, and they took it with glee, going on to win the trophy by two points.

Under Mauricio Pochettino, ​Tottenham Hotspur had been growing into one of England's elite sides. They found themselves comfortably ahead of the likes of City, Liverpool and ​Arsenal in the standings, and nine straight wins heading into the final few weeks had them hot on the heels of leaders Chelsea. They had the chance to close the gap to a solitary point when they faced 15th-placed ​West Ham United in May 2017, but their spectacular collapse still astounds fans and pundits to this day.

Pochettino's men looked like strangers on the pitch, utterly unable to muster anything against the struggling Hammers. ​Manuel Lanzini's second half strike left Tottenham humiliated, as Chelsea cantered to the title.

The 2015/16 season looked to be going perfectly for Arsenal. All their usual rivals were struggling, and they were top of the table in January. However, their form suffered a slight dip, and ​Leicester City moved into the ascendancy soon after. The Gunners needed wins. So, when a relegation-threatened ​Swansea City side visited the Emirates Stadium in March, it was viewed as an easy win. Joel Campbell gave Arsenal the lead, before Wayne Routledge and Ashley Williams struck to leave Arsene Wenger utterly stunned.

Fans felt as though this was Arsenal's best chance of winning the title in recent memory, but they blew it. It looked like the title was being handed to them, but Leicester had other ideas.

With the Gunners now out of the running, it was down to Tottenham to stop Leicester. With four games to go, toppling the Foxes looked unlikely, but many fans felt as though Leicester's unbelievable form could come to a halt at any given moment. If Tottenham could keep winning, they just might achieve the dream. They came up against a ​West Bromwich Albion side who were struggling near the bottom of the table. Craig Dawson's own goal gave Pochettino's men the lead, but the defender then struck in the right net to earn the Baggies a point and put Leicester within one win of ​Premier League glory.

They travelled to face Chelsea in the following game, but gave up a two-goal lead to hand the title to Leicester. The players lost their discipline, with nine players being shown yellow cards in an ugly affair. Leicester were seemingly the only side who actually wanted to win the league that year.

Arsenal found themselves top of the table for the majority of the 2007/08 season, but United and Chelsea were both close behind. Poor results against both ​Middlesbrough and Portsmouth had given their rivals a chance to catch up, and they could not afford a similar slip-up against ​Birmingham City. In a game which is perhaps more memorable for the gruesome leg-break suffered by Arsenal forward Eduardo, the Gunners slumped to an unlikely 2-2 draw as James McFadden converted an injury-time penalty which saw Arsenal fall off the top of the table.

They then managed just one win in their next six games, including a loss against eventual champions United, allowing Chelsea to overtake them as well.

In the 1995/96 season, Liverpool were scrapping to catch up with both Manchester United and leaders ​Newcastle United at the top of the table,​ and a thrilling 4-3 win over the Magpies in early April blew the title race wide open. An easy win over minnows Coventry City would make things even more interested. 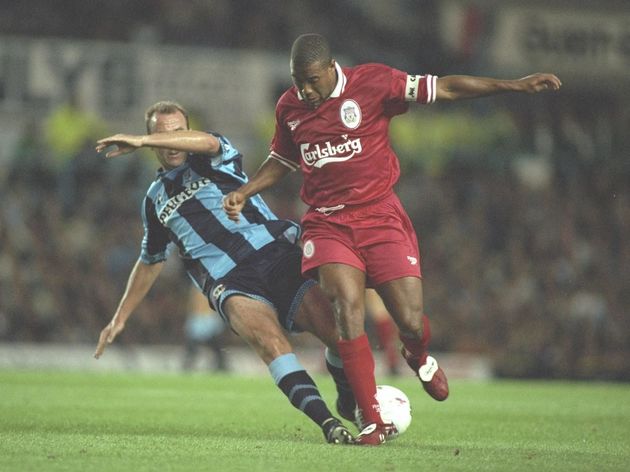 Unfortunately, all their hard work was undone as they fell to a shocking 1-0 loss against the Sky Blues, which all but ended their hopes of bringing home the trophy.

They ended the season with a 2-2 draw against Manchester City, which saw the Citizens relegated from the top flight on goal difference. If only that was the case this year, right Reds fans?

Jose Mourinho's Chelsea were storming to the league title in March 2015. and it seemed only defending champions City could stop them.​ A win over ​Burnley would have taken them two points behind, but that was certainly not how it played out. George Boyd's second half strike saw the Clarets earn a deserved 1-0 win against a City side who struggled to create many real chances against the relegation candidates.