But it does not always go according to plan...

​Spurs had a night to forget against Bayern on Tuesday – but they're far from the only ones.

Unfortunately for the ​Arsenal fans, they have a few to pick from.

During the 2015 season, Arsenal managed to open their Champions League campaign with a 2-1 defeat at Dinamo Zagreb, followed by a 2-3 home defeat to Olympiacos in the following group match. Having said all that, the worst night has to be against their 'fierce European rivals' Bayern in the knockout stages in 2017. This was actually the Gunners' last ever Champions League match and it was definitely a memorable one.

At the time, Bayern seemed to constantly knock out Arsenal from Europe's elite competition, but this time they had surpassed themselves. Towards the end of a long campaign at the semi-final stage, Leeds were the only English team left in the competition. After a hard fought 0-0 draw in the first leg, the players and the fans were full of optimism coming into the second leg at Estádio Mestalla, with a genuine chance of upsetting the odds and reaching the final.

Unfortunately, that optimism was not reflected on the pitch and Leeds were outplayed by a classy Valencia outfit, whilst suffering a heavy 3-0 defeat on the night.

In 2011/12 season, ​Manchester United had a fairly easy group in Champions League, sharing it with Benfica, Basel and Otelul Galati. However, drawing three of their first five matches put them in a rather difficult position, even though they were still technically unbeaten. United should have won this game comfortably against the Swiss outfits, but Basel produced a comprehensive performance that limited the Reds attacking threats, with a late Phil Jones consolation proving to be the only positive to take away from the game.

In 2005, Gordon Strachan, Celtic's new manager (at the time), got off to a horrific start at his new club with an absolute thrashing in Slovakia. It was a first-round Champions League qualification game and the Hoops produced a wretched display that saw them end their European campaign in July.

​Liverpool are the British side with arguably the greatest European pedigree – 'famous European nights at Anfield' and all that – but...not when Real Madrid came to town.

The 2014 version of the Reds were, if we're being diplomatic, not a side with quite the pedigree of the squad which lifted the Champions League trophy five years later. 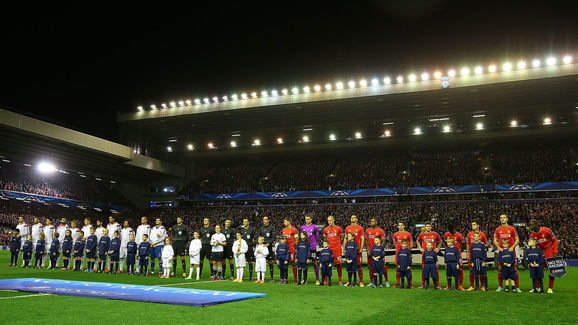 Liverpool welcomed Real Madrid in the Champions League group stages. It was their first season back in the Europe's elite competition since 2009/10 season, so the atmosphere in the stadium was electric.

In 2004/05 season, Newcastle were knocked out UEFA Cup by Sporting, after the hosts overturned a deficit suffered in the first leg.

It was the quarter-final stage of the competition, and Newcastle had claimed a 1-0 aggregate lead with a solid performance at St James' Park. In a thrilling encounter, Newcastle's Kieron Dyer got the first goal to put the visitors two goals ahead on aggregate. Things were going well. However, Sporting's pressure proved to be too much for the visitors, and Newcastle ended up conceding four goals to put the clash beyond their reach. City controlled the game well but were wasteful with their chances. Emmanuel Adebayor equalised for the visitors in the second half, but they failed to hold on to a point, conceding two late goals to crash and burn.