​UEFA have announced that they would prefer to use a 'different format' to finish the season, as opposed to declaring it null and void.

We hear you UEFA, loud and clear.

The governing body have suggested qualification for the Champions League should be decided on 's​porting merit' if the season cannot be completed, which is basically the equivalent of giving everybody their predicted GCSE grades.

This is all well and good, and probably as fair as things can be given the circumstances. But it does seem like quite a lot of admin and not a lot of actual entertainment.

Surely there are more exciting formats that can be used to finish the season... It would go against every social distancing rule in the book...but if everybody's been thoroughly tested then I don't see why not. ​

You need everything to be a good cage footballer; skill, aggression, strength and vision, so much so that it's probably a better reflection on how good a football team actually is than a full 38-game Premier League season.

Nigel Pearson's ​Watford could really thrive in a cage football environment and put in a last gasp charge for the European spots, but it could spell the end for poor old ​Norwich, who just won't have the tenacity for cage football life. Life doesn't get much fairer than next goal wins.

We haven't quite got the logistics figured out yet, but this format will somehow consist of every Premier League club playing one another, and then at some point Michael Oliver will shout 'my dinner's ready, next goal wins!'. While we're on games you used to play at the park as a kid, Wembley doubles seems like the perfect way to settle a league season.

We say get all 92 Premier League and Football League sides - we'll bring Bury back somehow because it's a special occasion - ​and get a massive, 184-person game of Wembley doubles going to determine league standings.

It's all about teamwork and stamina, and we can see Trent Alexander-Arnold and ​Mohamed Salah getting to the final, only to become unstuck by a deadly Rochdale combination of Luke Matheson and Ian Henderson. And just like that, Rochdale are champions of England. 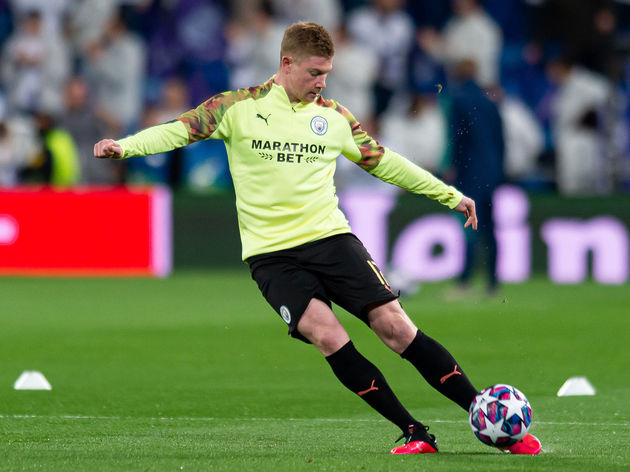 This could be interesting. Alexander-Arnold and ​Kevin De Bruyne both have an unbelievable ping on them and could win the title for Liverpool or Man City, but then Charlie Adam could just as easily bring it home for Reading.

Let's let the public decide. People power. We love a referendum in the UK, they always go really well and everybody ends up happy.

We're thinking either a straight phone up and ​vote for your favourite like X Factor, or a more complicated system like Eurovision, where votes are collected from each team and distributed accordingly. Or off to the polling stations for everyone and tally up constituents votes, and then at midnight Gary Lineker takes the place of David Dimbleby and announces the exit polls.

This would be fascinating. Would teams vote for Liverpool because they deserve to win the league as they've objectively been the best team in the country, or would people go rogue and vote for someone they feel sorry for, like Bolton? Imagine Keith Hill lifting the Premier League title thanks to a protest vote.

The stakes are going to be a lot higher than Matt Lucas would have been expecting for his Bake Off hosting debut.

Alisson would be representing Liverpool, and he would race ahead into an early lead in the signature (flapjacks, not too crunchy, not too chewy, golden brown), and consolidates that with victory in the technical (cheese scones, he'd practiced them the night before, what a stroke of good fortune).

It starts to unravel in the show stopper though as Alisson forgets to set his timer and his cake is woefully under baked. It was supposed to be a 3D model of him baptising Roberto Firmino made out of lemon drizzle cake. He's had a nightmare and looks to have thrown away the league title at the death.

Fortunately, Paul Hollywood is a massive Liverpool fan, his bias takes over and despite Pru Leith's protests, the Reds are Premier League champions.