We're now into the second half of the Premier League season, but the action is still coming thick and fast.

This weekend, we saw another round of exciting action filled with thrills, spills and an unhealthy dose of VAR drama. You know, the standard stuff.

Here are seven of the best moments from all the fun.

The man is just not human!

Ben Foster has earned a reputation as one of the most quietly reliable goalkeepers around, and the ​Watford man was at it again in his side's 3-0 win over ​Aston Villa.

During the first half, Wesley found himself leaping for a free header just outside the six-yard box. His effort was low and powerful and looked destined for the back of the net, but Foster showed some stunning reflexes to get down and push the ball over the bar.

Watford are having a really tough season, but they would be even worse off if they didn't have Foster between the sticks.

Foster had a good day. Bernd Leno did not. ​Chelsea

Seemingly forgetting he is not 7' tall, Leno ran out to try and collect a Mason Mount free kick, only to see the ball fly miles over his head and to the boot of Jorginho, who fired his side level.

​Arsenal gave up a second two minutes later to hand Chelsea all three points, in a game which will be seen in the nightmares of Gunners fans for eternity.

​​Brighton and Hove Albion picked up a comfortable 2-0 win over ​Bournemouth, and their second goal was delightful. Aaron Mooy's composed finish was superb, but it would not have been possible without a stunning assist from Leandro Trossard.

With the ball stopped dead on the wing, Trossard sent the ball spinning into the box with the outside of his boot, taking four Bournemouth players out of the game as his pass dropped perfectly on Mooy's chest.

From start to finish, this was an excellent goal from Brighton, who have been playing some excellent football under Graham Potter this season. You don't have to work too hard to find people who believe ​Kevin de Bruyne is the best player in the ​Premier League. The Belgian is a real artist with the ball, but even the greatest can make mistakes.

During the first half of Manchester City​Sheffield United

He definitely won't care as he did still bag a goal and an assist in the game, but it still proved he is actually human.

We are pleased to confirm that David Moyes has returned to the Club as first-team manager. pic.twitter.com/Y2fxo5hTCE

David Moyes is back at ​West Ham, and just look how much it means to him!

After Manuel Pellegrini was sacked, Moyes was confirmed as his replacement, but he looked less than impressed by the whole thing in his Twitter unveiling.

In his defence, taking charge of this West Ham side is hardly the most enticing proposition, but maybe Moyes will be able to work his magic again. 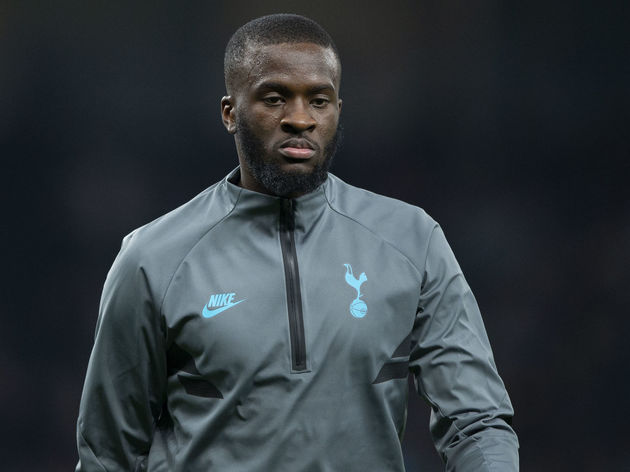 ​Tottenham Hotspur fans will want to forget their 2-2 draw with ​Norwich City​, but one moment of brilliance from midfielder Tanguy Ndombele will live long in the memory.

With just minutes remaining, the Frenchman dropped Todd Cantwell with a perfect Cruyff Turn, before floating a delicious rabona cross into the box.

It came to nothing, but hey, it's the thought that counts.