7 of the Hardest Players in Arsenals History Winterburn is widely regarded as one of Arsenal's greatest players for his steely mentality as well as his ability to drive up the wing, chipping in with his fair share of goals and assists. 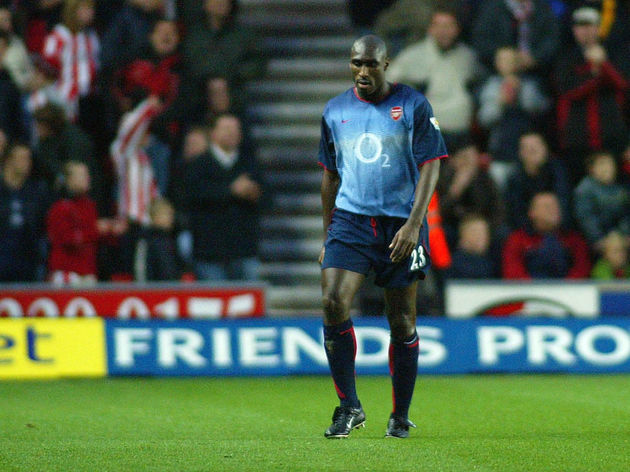 Midfielder Paul Davis played an integral part in Arsenal's success during the late 80s and early 90s, but it's one incident in particular which has earned him a spot in hard man folklore.

During a match against Southampton in 1988, a Saints player was fouled near the touchline, winning a free-kick. Davis, 30 yards from the incident and seemingly unprovoked, swung a left-arm at Southampton midfielder Glenn Cockerill and broke his opponent's jaw. The promising Englishman was slapped with a nine-match man and a £3,000 fine. Vieira's personal long-term feud with Manchester United's Roy Keane is often remembered more than the games themselves, infamously coming to blows in the tunnel in 2005 after the Gunners captain squirted Keane with a water bottle after supposedly picking on Gary Neville.

Arsenal have missed his steel and physical presence since his last day in north London 14 years ago, with United goalkeeper Peter Schmeichel claiming the great Gunners side of the early 2000s would have been "25% weaker" without Vieira. Averaging a yellow card every five league games, Bould's name is commonplace in discussions of the hardest men in the Premier League era. The centre-half holds the record for the second-most red cards in Premier League history for Arsenal and is arguably the hardest player of the Wenger era. One of the most memorable incidents involving Keown came during another clash with Man Utd at Old Trafford in 2003 when the Arsenal defender conceded a penalty.

Ruud Van Nistelrooy missed the ensuing spot-kick, and just in case the Dutchman wasn't sure what had happened, Keown took it upon himself to celebrate wildly in front of his opponent with a forearm to the back of the head for good measure. It had been claimed that he regretted his reaction, to which Keown responded: "I never said that." Top of the list has to be Mr. Arsenal himself. Adams is immortal in Gunners' history (literally, he has a statue), with George Graham labelling him his "colossus" and Arsene Wenger giving him the title of "professor of defence". His footballing PhD could have been in any number of things - timing tackles, reading the game, appetite for battle, it goes on.

The quintessential hard man made sure everyone knew what he was about in 1993, when teammate Steve Morrow scored the winner in the League Cup final against Sheffield Wednesday. Adams lifted the goalscorer into the air and dropped him without a care in the world, breaking Morrow's arm.

You'd be hard pressed to think of a more determined, tougher and more iconic defender in not only Arsenal history, but in the Premier League era.