​Arsenal are heavily reported to have made AS Roma director of football Monchi their main target as they seek a replacement for the departed Sven Mislintat in the summer, as the Gunners look to build on the impact Unai Emery has made in his first season and successfully continue their regeneration in the years to come.

What could the 50-year-old bring to the table, though, and why are Arsenal looking to him to fill the gap? What's so historic about his watch? All this and more in our seven things to know about Monchi below.

He Has Previous With Unai Emery 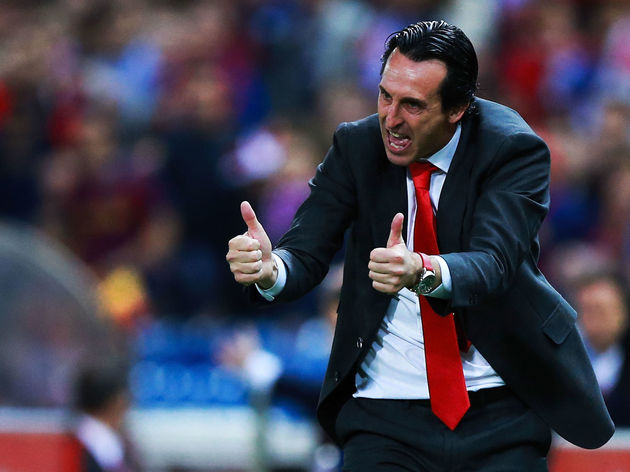 His main appeal, from an ​Arsenal perspective, is likely to be his proven working relationship with current manager Unai Emery.

With Monchi in charge of recruitment and youth development, the duo famously won three Europa Leagues together in a consistently successful three-year spell at ​Sevilla, prior to Emery's departure for Paris Saint-Germain in 2016.

Monchi followed him out of the club a year later, moving to Serie A to take up his current role with ​Roma, but has never quite enjoyed the same success he did under Emery. Could a reunion of the Spanish pair spell success for the Gunners?

He Has a Reputation for Building Teams 'From Scratch' Being as tight-fisted as they so often are at Arsenal, Monchi's reputation for building teams from scratch on a shoestring budget will likely provide a big green tick in the 'yes' column.

The players he is credited with recruiting and developing over the years, generally without any eye-watering fees involved, include Sergio Ramos, Dani Alves, and Ivan Rakitic, and he also played a key role in the development of on-loan Gunner Denis Suarez while at Sevilla.

All of that could bode well ahead of a potential squad overhaul at Arsenal in the summer, so if he does indeed take over, be sure not to belittle any new signings on the basis that you haven't heard of them. While known universally as Monchi, his birth name, as you can see, is far sexier.

There is little information available on where his nickname came from, although it appears to be the Spanish variant of the English name 'Raymond.' Raymond. He swapped Ramon Rodriguez Verdejo for Raymond. ​

You can only assume that's because it sort of sounds like Ramon, otherwise it's unacceptable. So he's quite an intelligent guy, it seems. As well as being a hugely successful director and businessman, he can fluently speak English, French, and his native Spanish, and has learned Italian while on the job in Rome.

I mean, me too though. No big deal.

He Was a Goalkeeper as a Player It's unusual for goalkeepers to stay in football beyond retirement in any role that isn't directly tied to goalkeeping, let alone as a world-famous director of football, but that's the case with Monchi here.

In actual fact, he had a pretty unremarkable playing career, and only became famous after retiring in 2000 and making his name behind the scenes. In nine years in the senior game between 1990 and 1999, he served mainly as Sevilla's back-up keeper, making 85 appearances in total.

Who knows, maybe there's hope for David Ospina yet then.

His Watch Was a Gift From Diego Maradona Had Monchi not gone on to become one of the best-known directors in the sport, his claim to fame might well have been the friendship he struck up with Diego Maradona during the Argentine legend's brief stint with the club in the early 90s.

An article on ​AS Roma's website from around the time of his appointment there tells the story of how Monchi, then a promising young shot-stopper, would accompany an ageing Maradona on early morning runs around the club's training ground.

As a token of their mutual respect, upon leaving the club in 1993, Maradona, who once joked with Monchi about his fake Rolex watch, gave him a brand new Cartier that he still wears to this day.

He's Likely to Cost Arsenal Around Reports on this one are conflicting, but the latest is that Arsenal will have to meet a ​​are prepared to do so