Goals, red cards, VAR drama, general drama, upsets, and Manchester United not being very good. It might be a new year in the Premier League but the same old themes occur.

What did we learn as England's top flight entered 2020? Have a gander for 90min's seven main talking points from the 21st round of fixtures.

Acrobatic Finishes Are Back in Fashion Two cracking acrobatic strikes in the same round of ​Premier League fixtures? Don't say we don't spoil you.

The first came when Alireza Jahanbakhsh, in the midst of a dramatic career revival in a Brighton shirt, ​denied Chelsea a victory with an exemplary overhead kick in New Year's Day's early kick-off.

Then, in the 5.30 kickoff, Sebastian Haller - who has also struggled to adapt to life in England, if not quite to the same extent - doubled West Ham's lead against Bournemouth, showing off some similarly ridiculous technique to dig out Ryan Fredericks' cross and send it across Aaron Ramsdale into the corner.

If the rest of 2020 follows in this vein then that goal of the season competition come May is going to be some contest. West Ham's rampant victory, of course, only came about after the return of the prodigal son, the Special One, Fife's finest, and arguably the greatest manager who ever lived.

David Moyes took charge of a football match for the first time since being let go by the Hammers in 2018, and showed us exactly why he should have been kept on in the first place.

Bournemouth were of course poor, but in a ​clinical 4-0 victory, the West Ham players showed a level of intensity near-unrecognisable from that they were showing under Manuel Pellegrini in the first half of the season. If they can keep this level of performance going, then another Moyesy masterclass beckons.

Literally Anyone Could Go Down​

What even is the relegation battle this season? Norwich, unfortunately, look finished, but beyond that, it is unfathomably tight.

Everton and Southampton have been resurrected, the latter conquering José Mourinho's Tottenham over new year, but although they prop up the top half, they each remain just five points clear of safety.

Watford have dragged themselves back into the fight, Bournemouth have dropped into the bottom three, and Burnley have lost three on the spin - with Chelsea, Leicester and Manchester United on the horizon. With just five points separating 11th from 18th, it seems as if literally anything could happen with regards to the drop, and more than half the league may fear they could yet be dragged into a scrap.

Jack Grealish has been directly involved in more Premier League goals than any other English midfielder this season#AVFC #BURAVL pic.twitter.com/BicJr7VSh5 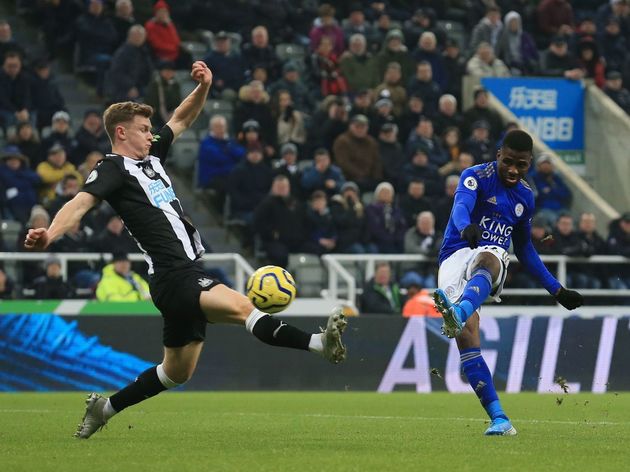 Jamie Vardy remains the Premier League's runaway top scorer, so with Leicester missing him following two hard-to-take defeats against Manchester City and Liverpool, they might have taken some time to lick their wounds.

They might have, but they didn't. In the absence of their talisman, they've bounced back with successive victories, scoring five goals from five different scorers - suggesting they are a long way from a one-man team.

Kelechi Iheanacho made a case for himself as Vardy's heir-apparent with a match-winning display against West Ham before the New Year, and it was Ayoze Perez's time to shine against Newcastle in their first match of 2020, scoring one and assisting another in a 3-0 win. Vardy will be a difficult asset to replace once he hangs up his boots, but the raw materials needed to do so are already there. Arsenal's 2-0 victory over Manchester United, less than two weeks into Mikel Arteta's tenure, gave us a glimpse of an Arsenal team playing with a high intensity and a clear tactical plan. They were sharp, switched on and well-drilled; not perfect, but efficient, functional, and certainly promising.

Ole Gunnar Solskjaer has been in charge at Manchester United for over a year now, and they showed none of those things.

It seems they have only regressed since their early days under the Norwegian, despite a wealth of investment in the summer, and while the same could yet happen to Arteta, on the evidence of Wedneday evening's clash at the Emirates, it was abundantly clear which manager you'd rather have.

The Future Is Bright for Manchester City 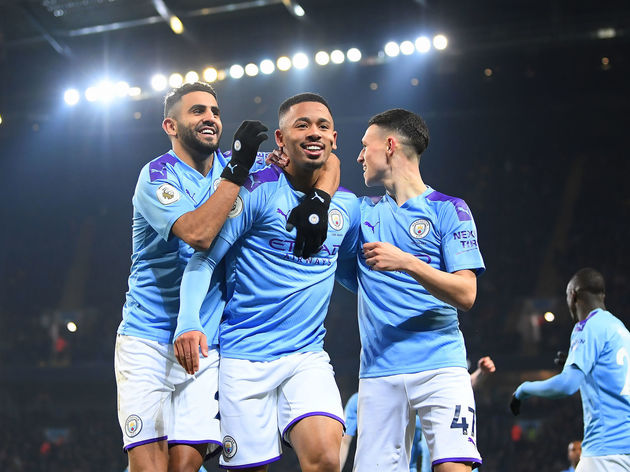 There has been so much negativity flying around surrounding a Manchester City team who have committed the crime of being human in recent weeks, but as the title 'race' took another painstaking step towards its inevitable conclusion, one thing became clear for City - the future is remarkably bright.

Defeat to Wolves after Christmas perhaps signalled the death of their hopes of retaining the title, but they've bounced back from that with two impressive victories, and the latest over Everton showed that in Eric Garcia, Phil Foden and Gabriel Jesus, the years to come are in good hands.

Jesus in particular put the Toffees to the sword with a two-goal showing, but Garcia has been a revelation at the back since coming in, while Foden's meteoric talent is finally being recognised with minutes on the pitch.

They may not catch Liverpool this season, but with three trophies still up for grabs and some hugely promising talents beginning to shine in the first-team setup, there is little to worry about long-term.