​When it comes to wonderkids, Arsenal have had their fair share, with Arsene Wenger's much-lauded talent for developing youngsters seeing the Gunners faithful cast their eye over many of the game's most promising stars.

But as is the case on Football Manager, just having a wonderkid in your side isn't always a barometer of guaranteed success. Whether it's poor coaching, a lack of first-team opportunities or just that absence of the intangibles that define the very best, things may not turn out as one might expect.

As such, here is a look at the plight of eight of Arsenal's most highly thought of young stars, and the careers they had following their unfulfilled time with the Gunners. A man who could lay claim to having one of the greatest names in ​Arsenal history, sadly Quincy's career with the Gunners didn't turn out to be as good. An extremely quick winger and with a box of tricks in his arsenal (no pun intended), the Dutchman made just 23 appearances in a four-year stay from 2002.

After leaving to join Spartak Moscow in 2006, Quincy spent another few seasons on English soil whilst on loan at Birmingham City, Cardiff and Portsmouth. The 32-year-old's worldwide tour has since continued, with stints at Al Sadd, Panathinaikos, Boavista and NEC. After being released by the Dutch side in 2016, Quincy has yet to find another home. ​​ With Arsene Wenger's famed track record of developing young French players, Jeremie Aliadiere was expected to be the latest in a line of superstars signed from across the channel. The striker arrived at Highbury aged just 16, and with the ringing endorsement of the head coach of the famed Clairefontaine academy, Claude Dusseau, who stated that along with Thierry Henry, and Nicolas Anelka, Aliadiere was amongst the best strikers to come through in the past ten years.

But a combination of injury problems and limited first-team opportunities saw the promising Frenchman's career hit a roadblock, and after just four years with the Gunners, spent the rest of his career playing for clubs both in Britain and abroad. Signing from Notts County in 1999 for £2m - a record fee for a trainee at the time - a 15-year-old Jermaine Pennant was seen as the next big thing. The Englishman however struggled for regular game-time, and never really came close to dislodging established stars Robert Pires and Freddie Ljungberg from the side. A hat-trick against Southampton aside, Pennant was dogged by questions over his attitude and 'party' lifestyle, and subsequently was allowed to join Birmingham in 2005 to little fanfare.

After a year-long spell at Birmingham, Pennant arguably enjoyed the best football of his career whilst at Liverpool between 2006 and 2009. But after leaving Anfield, the winger spent numerous years hopping from club to club, and is now best remembered for his appearance on The Jeremy Kyle Show. Has there ever been a bigger fall from grace? Compared to both David Beckham and Dennis Bergkamp, academy product Bentley was lumbered with the most loftiest of comparisons. With the Gunners suffering a relatively dry period in terms of players coming through the ranks, Bentley's rise from the youth set-up was met with increased optimism and hype. A Berkgamp-eque lob against Middlesbrough in the FA Cup in January 2004 only served to heighten the expectation.

Sadly for Bentley, the Englishman only managed to make one league appearance for the Gunners before moving to Blackburn Rovers. After a decent spell at Ewood Park, Bentley made the move back to north London with Tottenham, and will be remembered for that stunning volley at the Emirates. With injuries taking their toll, the winger was forced into an early retirement at just 29. Perhaps the least recognisable name on this list, but a man Arsene Wenger described as an 'absolutely amazing player', Fran Merida was supposed to be Cesc Fabregas 2.0. Both technically gifted midfielders and both from ​Barcelona, it is fair to say that Merida didn't quite live up the hype of the man before him. Arriving from the Catalan giants in 2007, the Spaniard went on to make just 15 first-team appearances for the Gunners, scoring three goals.

After leaving the Emirates on a free transfer to join Atletico Madrid, Merida has steered well clear of a return to England, and instead opted to ply his trade in Spain and Brazil. Now at Osasuna in the second tier, Merida has carved out a decent professional career for himself, but one far short of what was initially expected of him. 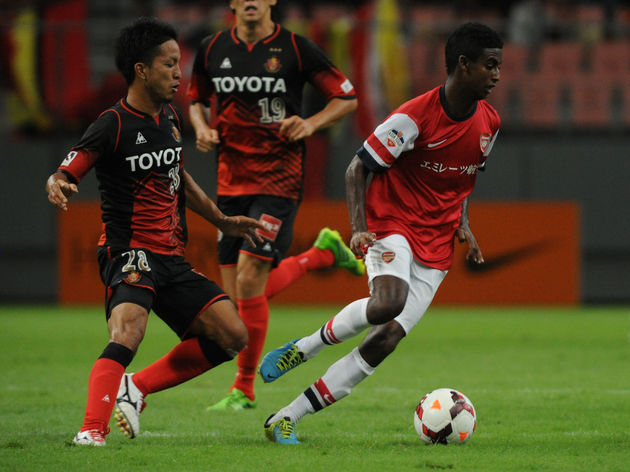 Another Gunners youngster hailed as the next Fabregas, Zelalem perhaps had the most hype of any 'wonderkid' on this list. Spotted by Arsenal scout Danny Karbassiyoon whilst the youngster was playing in the USA, Zelalem's inclusion and subsequent performances in Arsenal's pre-season tour of Asia in 2013 was something special. The playmaker had an eye for a pass and looked right at home in Arsenal's possession-heavy game, and was tipped for a bright future.

But after an injury kept him out of action for the early part of the season, Zelalem struggled to force himself back into Arsene Wenger's thinking, with an ACL injury in 2017 virtually ended his Arsenal career. Having got back to full fitness with the Gunners, the USA Under-23 international joined MLS side Sporting Kansas City on a free transfer last month.​ Controversial. To all intents and purposes, making 197 appearances for the club should see someone exempt from making this list. But after that iconic performance against Barcelona at the Emirates, ​Jack Wilshere's career never seemed to match those heights. Injuries, injuries and some more injuries seriously derailed the midfielder's progress, and to have only featured less than 200 times in a decade-long spell was a travesty.

After being let go on a free transfer last summer, Wilshere joined London rivals West Ham, and has once again fallen to the injury curse. At 27, the England international should have been one of the best midfielders in the world based on how his career started, and like the man next on this list, Wilshere's story is a massive 'what if'.​ Undoubtedly one of the biggest regrets and disappointments of Arsene Wenger's managerial reign, Abou Diaby's tragic misfortune with injuries robbed the Gunners of what could have been one of the greatest midfielders of the ​Premier League era. The Frenchman arrived from Auxerre billed as the 'next Patrick Vieira', and offered tantalising glimpses of his huge potential.

A box-to-box midfielder like the former Invincible, Diaby was also the scorer of some special goals, and had a little more technique and guile going forward. His virtuoso display against Liverpool at Anfield will forever be remembered as the standout performance, and were it not for that dreadful leg break suffered against Sunderland in May 2006, and the subsequent injury issues that followed from it, Diaby may have been the cornerstone of Arsenal's midfield.

After being released by the Gunners in 2015, the midfielder spent another two injury-ravaged seasons back in France with Marseille, before drawing the curtain on his professional career in February this year, aged just 32. The ultimate 'what if story' in Arsenal's modern history.