Worry no more, readers, for the moment has arrived - it's the latest instalment of 90min's Premier League Hall of Fame!

I'm sure you've all been itching as you await your next hit of English football nostalgia, though I must warn you that this is the penultimate chapter of the series. In case you haven't learned the rules from the previous 13 segments,her​e's a link to them all, as dictated by lord and creator of these prestigious awards, ​Sean Walsh.

So, without any further ado, let's take a look at the six retired stars who form the Class of 2018. 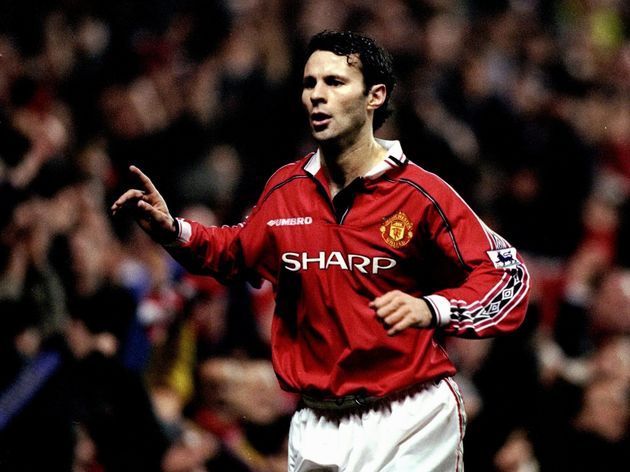 This one is a no-brainer. It's not a subjective decision and it's not up for debate. In fact, Ryan Giggs quite possibly tops the list of candidates for a spot in this Hall of Fame.

The Welshman collected more ​Premier League titles with ​Manchester United than the combined total won by the other five clubs that comprise the 'Big Six'. You can also throw ​Everton in there, plus ​Newcastle, ​Leeds... you get the picture.

Of course, those are team achievements and they don't necessarily reflect Giggs' own virtuoso talent, although they do at least demonstrate his durability and stamina. 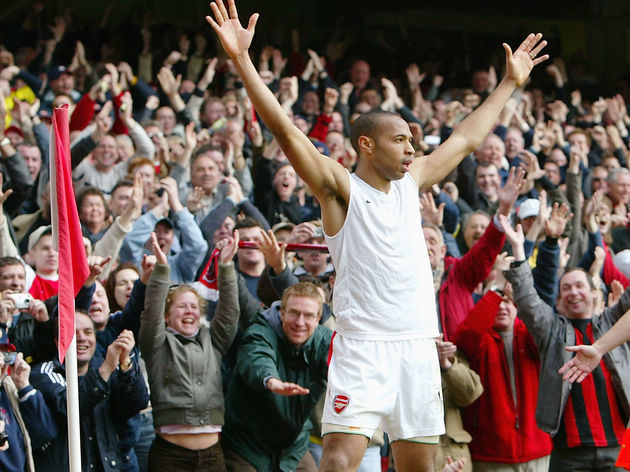 Once again, some serious soul-searching is required if you doubt Thierry Henry's claim to a place within this Hall of Fame. The Frenchman was a ruthless, clinical assassin who owned the most heart-warming of smiles.

An unrivalled tally of four Golden Boots came the way of the ​Arsenal talisman, as did the club's all-time scoring record, with the World Cup winner striking on 175 occasions in the top-flight.

Only three players - who all spent significantly more time on these shores - have scored more than Henry in the Premier League, while just one of the 35 sides he has faced in the first division were able to deny him a goal. ​Swansea City have that honour, but they'd surely have caved if they'd gone up against the veteran forward for more than 24 minutes. 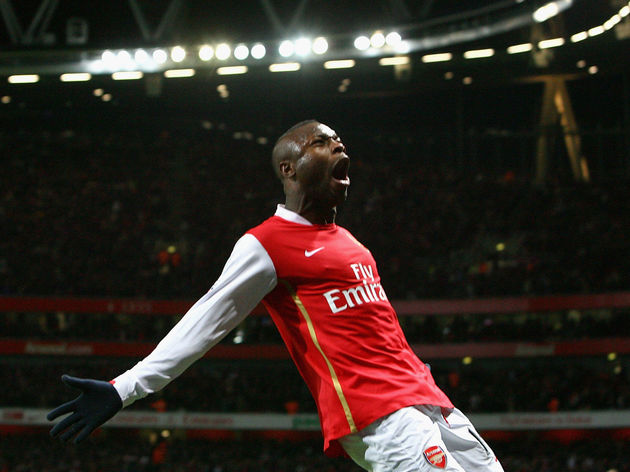 It takes a fair amount of charisma to play for the three most successful clubs in London and not be universally hated, yet William Gallas managed it. You just know he'll deliver a delightful acceptance speech when he is officially inducted into the hall.

When Claudio Ranieri was ​Chelsea boss, the centre-back's partnership with John Terry secured a Mourinho-esque 16 straight clean-sheets for the Blues. Once the peevish Portuguese actually arrived at Stamford Bridge, Gallas was an integral part of back-to-back title victories.

Those triumphs ended a half-century-long wait for another English crown in west London, helped the France international get selected in two PFA Teams of the Year and made him a beloved figure at the Bridge... until he started threatening to score own-goals.

That eagerness to depart saw him trade places with Ashley Cole at Arsenal, although a grand total of zero trophies were won during four campaigns under the watchful eye of Wenger.

Gallas' finest hour at the Emirates actually came in a ​Tottenham shirt as he and the Lilywhites clawed back a two-goal deficit to claim a famous 3-2 victory on their enemies' turf in 2010, with that their first away win in the North London Derby since 1993. 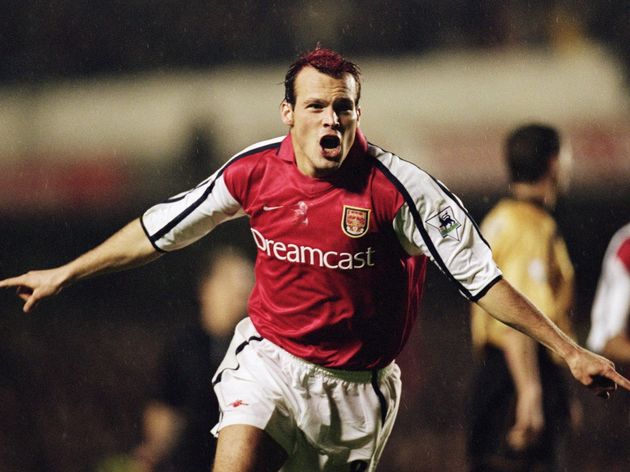 As strange as it sounds, Freddie Ljungberg's Premier League career began with a marvellous showing in Stockholm as Sweden defeated England 2-1 in European Championship qualifying.

Arsenal chief Wenger knew of the winger's existence through his scouting network, but watching that encounter was enough for old Arsene to get out his cheque book immediately.

The Gunners coach had never previously seen him in action. By the end of the Scandinavian's nine-season stint at the club, Wenger had seen Ljungberg's entire repertoire of tricks and skills; there's a strong likelihood the manager was impressed.

Named as the Premier League Player of the Season in his fourth campaign at Highbury and a member of those pesky Invincibles in his sixth, the Calvin Klein model was at the forefront of a dominant era at Arsenal.

His only year with ​West Ham wasn't quite so glorious, though I'm sure Ljungberg cherishes the memory of helping the Irons' to a 10th-place finish in the table. 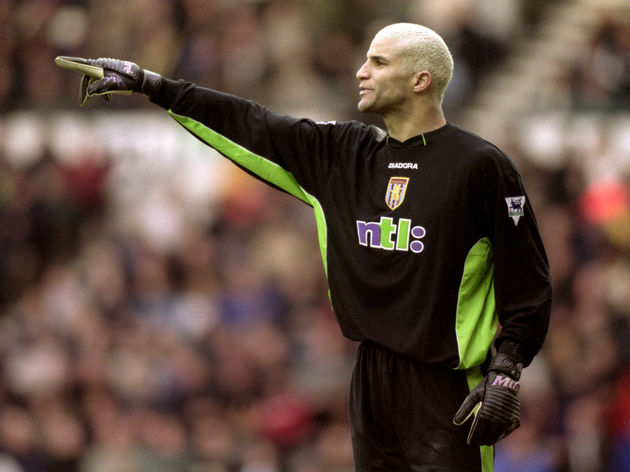 From the early days when his hair was jet black, to the times when grey specks started to appear, David James was always a reliable pair of hands between the sticks - even during his bleached blonde phase.

Almost any first division club would have had the England goalkeeper as their number one, which is demonstrated by the fact he's fourth on the Premier League's all-time appearance-makers list - wherever he went, he was first-choice.

James never won the league, but he did collect the 1995 League Cup with ​Liverpool and the 2008 FA Cup with Portsmouth. How's that for longevity?

That elusive top-flight title has no significant baring on what was overall a fabulous career, with the shot-stopper previously holding the record for most clean-sheets in the Premier League, amassing 169.

Considering he spent a large chunk of his playing days turning out for some of the competition's lesser sides, that tally is nothing short of sensational. 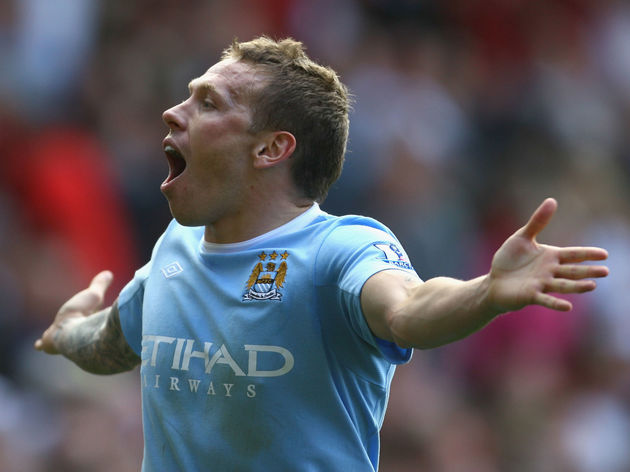 Surely, if you represent every single club that has ever played in the Premier League, you deserve to be in the Hall of Fame. Ok, Craig Bellamy wasn't quite that level of journeyman, but the winger did sparkle for a fair few top-flight teams.

The Welshman never stuck around long, though memories of him will have lived on long after he left. Despite not wanting to join Coventry, he became their record signing for £6m in 2000, yet stuck around for just a year.

Newcastle found Bellamy to be a Jekyll and Hyde character, equally capable of brilliance and insolence, with the two often occurring together. That relationship swiftly ended and, in single seasons at ​Blackburn and Liverpool, he was voted Rovers' player of the year and reached a Champions League final with the Reds.

Still, that turned out to be a blessing in disguise as Bellamy went on to win the League Cup during a brief return to Anfield, before helping hometown team ​Cardiff secure promotion and, therefore, a maiden Premier League campaign in the dying embers of his career.