Here we are, at the class of 2019. We have seen some big names inducted into the Hall of Fame so far, but this most recent crop is still full to the brim with star power.

This group have won a combined ten Premier League titles, which speaks volumes of their pedigree at the highest level.

Without any further ado, please welcome to the stage... The lights go down. A spotlight hits the curtain. Rio Ferdinand sticks one foot out, and Manchester United fans go crazy. He sticks out an arm, and the crowd goes wild.

The towering centre-back made a whopping 503 appearances in the competition, and he managed to lift no less than six league titles with Manchester United.

An indisputable ​Premier League icon, Ferdinand was a generational talent who helped shape how we view centre-backs. The Hall of Fame was made for people like Ferdinand. Before Brad Friedel can be introduced, a bald eagle starts circling around the room, with the American flag waving from its beak. Instantly, the audience stands up and raises one hand to their heart. A little-known fact about Nicolas Anelka is that he has blossomed into one of the world's most exciting quick change artists. He has specifically requested to showcase his new skill at the ceremony.

Beginning in an ​Arsenal shirt, you blink for one second and then Anelka is sporting a ​Liverpool shirt. But before you can take it in, he has already changed to a ​Manchester City shirt. Two more changes to Bolton Wanderers and ​Chelsea shirts follow.

It's no surprise that he's so good. After all, he did spend his entire career jumping between teams like his life depended on it.

A prolific superstar, Anelka netted an impressive 126 goals during his time in England. He picked up his first league title with the Gunners in 1998, before adding his second twelve years later with Chelsea.

Love him or hate him, you can't deny that Anelka scored goals and oozed class. 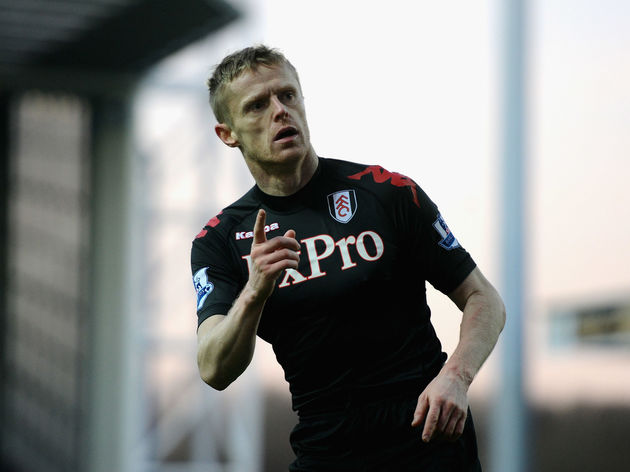 Still discussing Anelka's fantastic performance, you don't even realise that Damien Duff has taken to the stage. The Irishman has wandered on to no music and no fan fare, and that's just how he liked it.
Duff never wanted the limelight and was only interested in playing football. His job was to fly up and down the wing, and he did it superbly for years and years.
One of the most dependable wingers around, Duff was Mr Consistency. In his 392 appearances, he may have only accumulated 54 goals and 47 assists, but that doesn't tell the whole story of his career.
His partnership with Arjen Robben at Stamford Bridge was one of the most impressive around, and his two league titles were a fair reward for his impressive showings with Chelsea.