Two doubles, eight FA Cups and of course the as yet unmatched Invincibles campaign, the Premier League era has been kind to Arsenal Football Club. They have fielded some sensational teams with some truly world class players over the years.

Thierry Henry, Dennis Bergkamp, Tony Adams, Alexis Sanchez, the list goes on and on, but while they've had their fair share of days in the sun, Arsenal have had some very underwhelming spells and players who'll, let's just say, weren't up to scratch.

In that same vein, the Gunners have had some rather good players who were unfortunate to play during turbulent spells or just be outshone by a better player in the same position.

Here, 90min takes a look at an XI of those who probably deserve another look at in the history book. 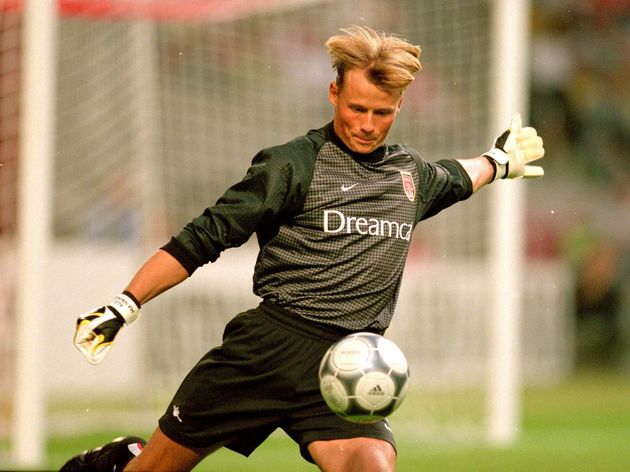 Manninger spent his whole time at the Gunners as Seaman’s understudy, but his talents were far greater than his appearance stats would suggest. He holds the club record for consecutive clean sheets - six in a row during that title winning campaign - when he stepped in to save the season.

A gifted shot stopper who never complained, how Arsenal could have done with him in recent years. Luzhny played for Arsenal in between the end of Lee Dixon and the beginning of Lauren so he never truly made the right back spot his own, but the combative full back still managed to play 110 times for the club during his four-year spell. Sylvinho is rather unlucky to be on this list. A very classy full back, Sylvio Mendes Campos Junior (to give him his full name) was everything you’d expect to find in a Brazilian footballer. He was on course to become an Arsenal great early in his career, until a certain Ashley Cole burst onto the scene and the Samba star moved to Celta Vigo.

Still, he deserves full credit for so quickly displacing Nigel Winterburn at full back making Nige the first casualty of the old guard. And after all, who could forget his wonder goal against Chelsea? They say Carlo Cudicini is still trying to reach that shot. When thinking of the famous Arsenal old guard, Adams and Keown are the names that are often put at centre back, but Steve Bould was just as good. A little more old school than the ball playing Keown, but it was Bould who was the preferred choice during the famous double in 1997/98.

Winner of seven major trophies for the Gunners, including three league titles, nothing got past Bould when he crossed the white line. Unfairly remembered as the fifth member of the famous back four of the 90’s, Bould was a model professional who even when signing for Sunderland at the age of 36 managed to be the club's most important defender, as he often was below the radar for Arsenal. Signed initially as midfielder by Arsene Wenger, Grimandi provided great versatility for Arsenal at the turn of the millennium as he could play defence and even full back when required. Calm on the ball, the Frenchman complimented Arsenal's system whatever role he was asked to play.

A double-double winner, Grimandi is perhaps forgotten by some Gunners fans as he was overshadowed by some bigger names like Sol Campbell and Patrick Vieira during his time, but every club should look to have a player like Grimandi. Edu had a difficult start to his time at Highbury, as his debut as a sub was cut short after 15 minutes due to injury. But he really came into his own during the Invincibles'

He once famously declared his intention to play for England at the 2006 World Cup (as if he’d displace Gerrard or Lampard) to force Brazil into calling him up, and has since returned to the club as technical director - though his contribution to the club's past successes are often forgotten. 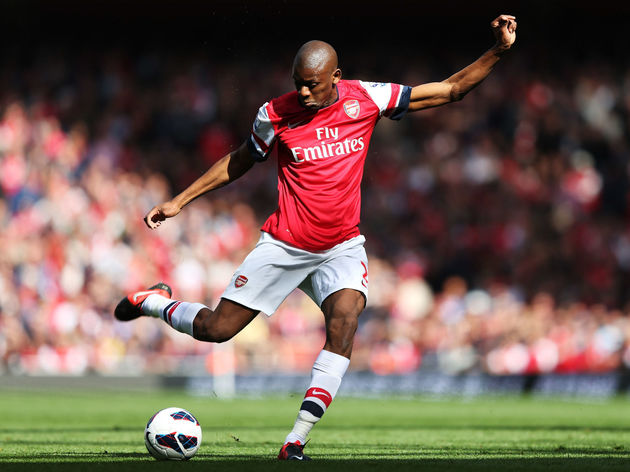 His medical bills may have cost Arsenal more than his transfer fee, but on his day, Abou Diaby was a class act. The thing people forget is that although he may have developed a few bed sores, the French international actually played almost 200 games for Arsenal, and never let the club down once. Not while he was on the pitch anyway.

A true box to box midfielder, standing at 6'4", Diaby rather ironically combined athleticism with strength in the sort of mould Yaya Toure would become famous for. It’s rather unfortunate that despite his many strengths, he’ll always be remembered as a sick note. The third and final Brazilian on this team (sorry Eduardo), Denilson is remembered as unfulfilled potential, but the same could be said of Arsenal as a whole during his five seasons in the first team. Denilson was an almost ever present during the 2008/09 and my word did he have a worldie in his locker.

He was silently effective on the pitch for Arsenal, and, but for the emergence of Jack Wilshire in his position, Denilson well have added many more to his 96 Premier League appearances for the Gunners. Want a reminder of his talents? Just type 'Denilson Arsenal goals' into Youtube and see for yourself. This one is more about what could have been. Carlos Vela burst onto the scene in 2008 with a hat-trick on his full debut against Sheffield United and looked like he could be the long term replacement for Thierry Henry the club were desperate for. Unfortunately, that was as good as things got for the Mexican.

After never really breaking into the team as he’d have liked, he was shipped off to Real Sociedad and moved out wide where he went on to become one of their, Mexico and North America’s greatest ever footballers.

He’s quick, skilful and knows where the goal is, and a definite improvement on, well every winger Arsenal have had since he left (bar Alexis Sanchez). If only Wenger didn’t see him as a centre forward, he may have been included on a more prestigious list. Before Freddie Ljungberg, there was Anders Limpar - a classy Swedish winger who also had a keen eye for goal. He dazzled the English League down the left wing as Arsenal won the First Division title in his first season, and he continued to impress right up to the 1994 Cup Winners Cup win, despite missing the final.

A popular player both on and off the pitch, Limpar was an early success story of foreign imports making a big difference to teams and paved the way for the likes of Ljungberg and Pires to follow in the years after.

Unlucky to not play more for the Gunners, but when you fall out with George Graham, what do you expect... Coming through the youth team, Campbell formed an effective partnership with Ian Wright in the early 90s, being the bustling facilitator to his striker partner's pace and natural finishing ability. That's not to say Campbell couldn’t score a goal, just ask any Everton fan from 1999.