Aaron Ramsey set to miss out on Wales squad 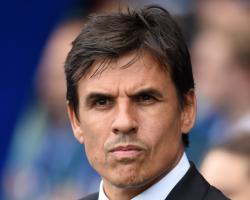 Manager Coleman will announce his selection on Wednesday and he is expected to keep faith with many of the players who excelled in the summer after they beat Slovakia, Russia, Northern Ireland and much-fancied Belgium en route to their semi-final defeat by Portugal

Star man Gareth Bale scored in all three group games at the Euros and has begun the new LaLiga season in fine form with a brace in Real Madrid's opening win over Coleman's former club Real Sociedad.

Hal Robson-Kanu will also be hopeful of playing a part at the Cardiff City Stadium, despite still being without a club following his departure from Reading at the end of last season.

The forward grabbed the headlines with a spectacular goal in the quarter-final victory against the Belgians in June but his lack of football should see Burnley's Sam Vokes lead the line on the back of his first Premier League goal against Liverpool.

Midfielder Huws has swapped Wigan for Cardiff, while Bradshaw has joined Barnsley from Walsall.

Defender Paul Dummett (Newcastle) and striker Tom Lawrence (Leicester) will also hope to be involved but Adam Matthews, on loan at Bristol City from Sunderland, is definitely out after sustaining a hamstring injury