​Arsenal full-back Ainsley Maitland-Niles has praised the impact Freddie Ljungberg has had since the former Gunner took over as assistant first team coach.

Ljungberg and Steve Bould swapped roles at the club, with the former becoming assistant coach and the latter now managing the U23s.

The Swede, who won two Premier League titles during his nine years in north London, originally joined the Gunners' coaching setup in 2013, before rejoining in June 2018 after a brief spell at Wolfsburg.

Wow, has it really been that long? Amazing to still be involved with @Arsenal 21 years later ☺️ https://t.co/P04Crjtcyf

Maitland-Niles has been talking about the influence Ljungberg has had on him individually since taking up the more senior position.

As quoted by the ​Daily Express, Maitland-Niles said:

“Him personally, he's pulled me to the side a lot and has shown me different techniques and ways of beating players, ways of crossing the ball and shooting. It's helping me and I'm happy to have him around because he's such a big figure in the team.”

Maitland-Niles began his career as a winger, playing out wide for the duration of his loan spell with ​Ipswich Town in the 2015/16 season.

However, he has established himself in the ​Arsenal first team as a full-back under Unai Emery, despite objections to playing there in the past. 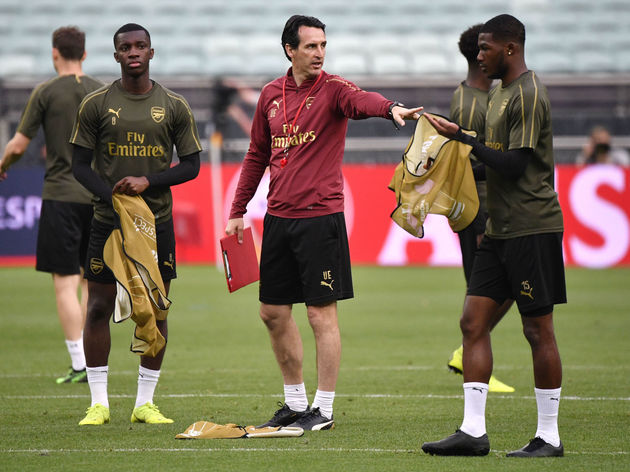 The 22-year-old has started six of Arsenal's eight ​Premier League matches so far this season, notching up two assists - the same total he managed during the entirety of the previous campaign.

The comments from Maitland-Niles are one of many glowing reports coming out of Arsenal about Ljungberg.

Earlier this season, ​Ian Wright revealed numerous Arsenal youngsters have "nothing but great stuff to say about Freddie".

This will only fuel speculation that Ljungberg could be the man to replace Unai Emery if the Arsenal boss departs when his contract expires in 2021.