​Arsenal striker Alexandre Lacazette has stepped up his training programme as he looks to make a return to action against Sheffield United on Monday.

The Frenchman has missed the last seven games in all competitions because of an ankle injury, but Arsenal ​confirmed that Lacazette was expected to make his return to the first team at some point in October.

Everything appears to be on track for ​Lacazette. ​Arsenal took to ​Twitter to post a video of his return to full training, with the Frenchman featuring in numerous intense drills ahead of Monday's game.

Lacazette can be seen running with ease, and his inclusion in the team's training suggests that he is now in contention to feature at some point during the game.

However, given he has missed around seven weeks of action, Lacazette will almost certainly not start against ​Sheffield United, with an appearance off the bench the likely situation for the Frenchman.

His return will come as a huge boost to manager Unai Emery. Lacazette managed two goals in as many start before succumbing to the injury, and his partnership with fellow striker ​Pierre-Emerick Aubameyang looked to be as strong as ever.

The Gunners have not lost any of their seven games without Lacazette, with Aubameyang certainly stepping up in his absence. The Gabonese international has racked up seven goals in just eight league games this season, helping Arsenal climb up the ​Premier League table. 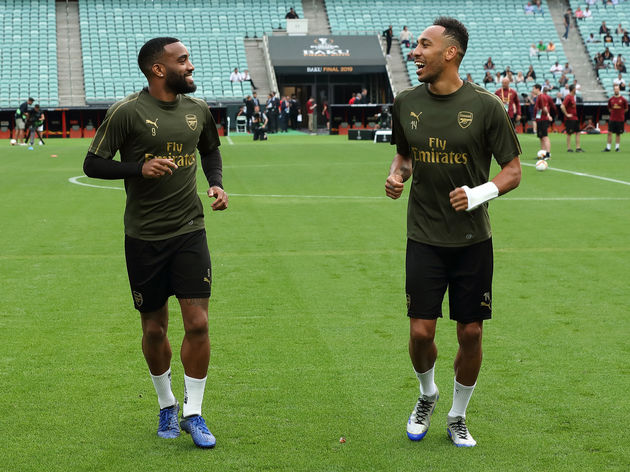 However, it remains to be seen how Emery will look to include both his strikers. Aubameyang was often forced to play as a left winger earlier in the season to allow Lacazette to play up front, but Emery may prefer to keep Aubameyang in a central role after his prolific start to the campaign.

Emery's side currently sit fifth, but victory over Sheffield United on Monday would see them leapfrog both ​Leicester City and ​Chelsea to return to third.