Arsenal had a 2-0 lead in the game at the Emirates Stadium, only to have that wiped out. The Gunners were later unfortunate to see a goal from Sokratis Papastathopoulos chalked off following a VAR review, but blowing the original lead still left a sour taste for supporters. 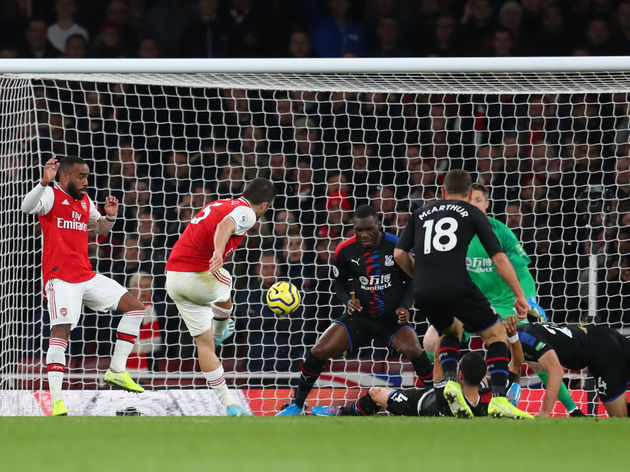 Xhaka, in particular, bore the brunt of frustrations and was heckled when he was substituted. The Swiss international was visibly riled as he walked off, removed his shirt and proceeded to go straight down the tunnel rather than sit on the bench.

Emery admitted post-match that such behaviour was ‘wrong’ and would be addressed.

Arsenal have led by two goals in just two league games so far this season, but have ended up drawing both.

As for Xhaka, the social media-famous fan never wants to see him play for the club again.

“I'm sorry, I'm done with this now. You can't be 2-0 up at home to palace and draw. Emery I've backed you but bro, enough is enough. Xhaka can f*ck himself as well. Never wanna see him in an arsenal top again [sic]!” he wrote on Instagram, repeating the message on Twitter.

Im sorry, I’m done with this now. You can’t be 2-0 up at home to palace and draw. Emery I’ve backed you but bro, enough is enough. Xhaka can f*ck himself as well. Never wanna see him in an arsenal top again

Lacazette ‘liked’ the Instagram post, with the Frenchman and Troopz appearing together in other social media content earlier this month. Troopz has also established connections with a handful of others and was recently presented with a match-worn shirt by Pierre-Emerick Aubameyang.

The extent of the fallout from Sunday’s game remains to be seen, but Arsenal players will quickly have to get ready to face Liverpool in the Carabao Cup on Wednesday night.