​If you ask any Arsenal fan as to what the positives were at the start of this season, chances are they would respond with Bernd Leno's impressive performances.

Aubameyang scores goals. A lot of them. He is an absolute master at finding the back of the net on a regular basis, and his goals this season have probably stopped Arsenal from being in the relegation zone. 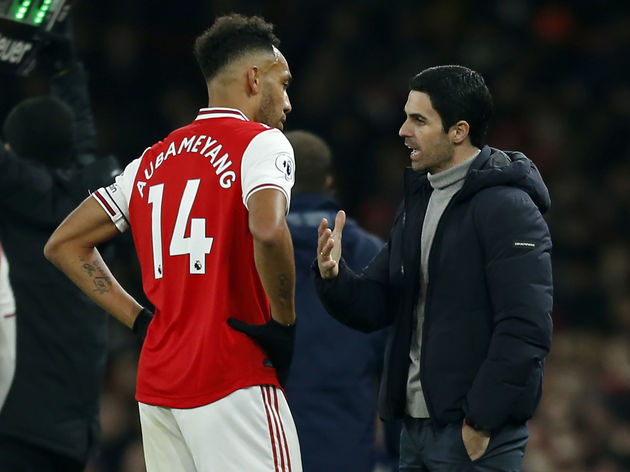 Since signing for the club back in the winter of 2018, The Gabonese has scored 45 goals in 70 appearances for the London outfit in the Premier League, and has already scored 13 this season. Only Jamie Vardy has more.

However, since the arrival of Mikel Arteta as head coach of the Gunners, ​Aubameyang has been tasked with playing on the left wing - something Unai Emery and Freddie Ljungberg both previously attempted.

The reason those managers, and now Arteta, has done this is simply to get ​Alexandre Lacazette in the side.

Some Arsenal fans probably find this frustrating. Lacazette doesn't score anywhere near as many goals as Aubameyang, so why is the Frenchman the man who plays up front? 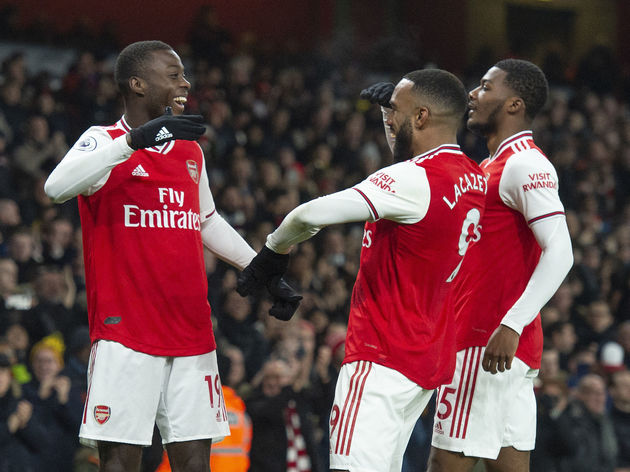 How do we put this without seeming stupid? It's because scoring goals is all Aubameyang can do. He has no other strings to his bow.

In his second season he played a 'top six' club 13 times. He scored four goals. One was a penalty, one came in a 3-1 defeat, and the other two came in one game against Tottenham. This season before Arteta arrived, Aubameyang scored two goals in four games against one of those clubs. He also failed to score against Leicester.

The 30-year-old is a terrific striker and he knows where the back of the net is, but sometimes you need a little more. Yes, ​Arsenal as a team have been poor in the tougher fixtures, but you need to work and drop deep. You need to hold the ball up. Aubameyang doesn't do that. Therefore, you have a passenger in the big games who really offers you nothing.

But Lacazette does all that. He does the dirty stuff. His goal record may not elite for Arsenal or anywhere near as good as Aubameyang's, but he offers so much - especially when it really matters. His performance against Manchester United on New Year's Day - despite not scoring - was brilliant. He held the ball up impressively, and did all the dirty work which is needed in a game of that magnitude. By the end of the game he was cramping up on the pitch and barely able to run.

Even Arteta himself echoed these thoughts:

“As well, every time he is in front of goal normally he is so clinical. I am disappointed that he hasn’t been rewarded with all the work he has done in the last three games because he could have scored three or four goals easily. But the goal will come for him naturally because he is a natural finisher." 'He makes his team mates better' is the exact quote which sums up how Lacazette plays. His all-round play is so vital, with the likes of ​Mesut Ozil, Nicolas Pepe and Aubameyang running off him.

Also, with Lacazette dropping deep at times, it means Aubameyang can come in from the left flank and take up the more central role that he prefers.

Even Arsene Wenger had the same views as Arteta on Lacazette. He said back in 2017: ​Luis Suarez