​Just like clockwork, Arsenal threw away a promising position against Crystal Palace at the weekend and chaos reigned supreme at the Emirates Stadium.

More worryingly, prior to that disaster, the Gunners went down with a whimper away at Sheffield United.

When handed the job 17 months ago, one of the primary objectives that Unai Emery was tasked with was putting a stop to a dangerously growing trend of buckling under the pressure outside the comfort of north London.

If anything, things have got worse.

 "We have to be critical of ourselves. We need to work for our opportunities in the next games."

What we saw at Bramall Lane was the perfect encapsulation of all the issues that remain on the Gunners' dreaded travels. more

This myriad of failings all weave effortlessly together to forge a damning state of affairs that shows no signs of letting up. A club of ​Arsenal's stature, or at the current rate, previous stature, simply can't be putting in abject performance after abject performance with such blinding frequency. Every week all the aforementioned elements come together to form the omnishambles that we bear witness to, so all must be addressed if there is to be any hope of bucking the trend.

Firstly, the leadership issue is one that has been prevalent for a shockingly long period of time, yet shows no signs of easing off.

Opting to use five captains instead of the more regular, binary and commonly appreciated 'correct' method of just one, Emery is attempting to share that role among his squad. It's been mentioned before, so won't be delved into too far, but it demonstrates a blatant lack of faith in his side to lead with authority, in turn sending mixed messages about his players' integrity.

While Arsene Wenger was rightfully criticised for his stubbornness and failure to notice his time was up, one thing he could not be begrudged for was his philosophy and style of play. Towards the latter end of his tenure, Arsenal put in some abysmal performances on the road - but at least there was a distinct way of playing and the attacking football was some of the best in the country.

 Arsenal have only won 33% of the league matches they have played away from home under Unai Emery.

Not the best record.. pic.twitter.com/3lI4wDYDLi

Fast-forward and a side unquestionably stronger as a whole look like rabbits in the headlights, with no invention or creativity in anything they do. There are no patterns of play in the offensive third, and too much reliance is placed on ​Pierre-Emerick Aubameyang to conjure up some magic.

This coincides with the placebo effect that is festering inside the mind of Granit Xhaka, ​who claimed in the wake of the defeat, 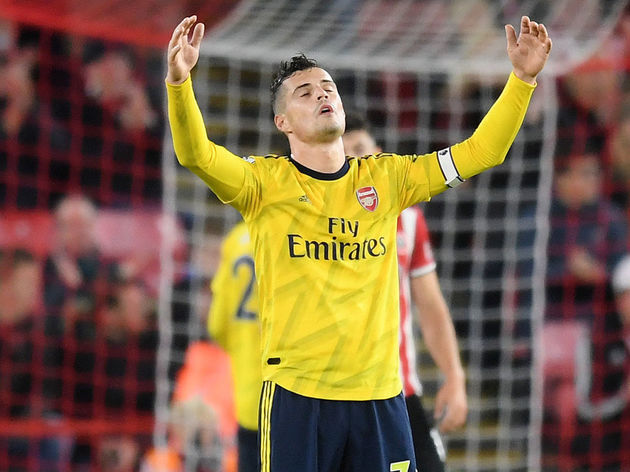 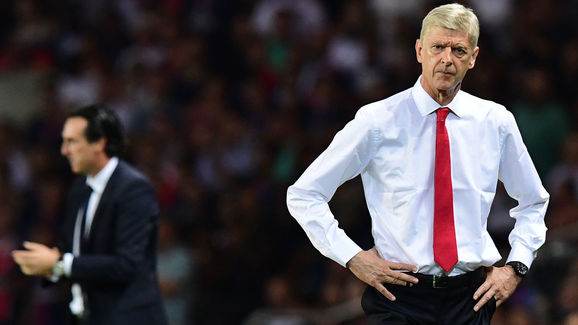