Andrey Arshavin: The Russian Star Who Scored 4 Against Liverpool & Was Among the Best in the World

To put the scale of Arshavin’s performance that night into context, that game was the final blow to Liverpool’s Premier League title hopes. The Merseysiders had won five in a row going into it, including a 4-1 demolition of Manchester United at Old Trafford, and would proceed to win the remaining four games of the season afterwards in a run of games that yielded 28 points from 30.

Yet dropping points at Anfield thanks to Arshavin’s heroics gave United the impetus they needed to stay ahead of Rafa Benitez’s side and eventually finished four points clear. It is also worth noting that Liverpool’s notorious defence only conceded seven goals in the final 10 Premier League games of the season. Four of them were scored by Arshavin that night.

The Russian, who had only joined Arsenal from Zenit St Petersburg less than three months earlier, opened the scoring in the first half. Fernando Torres and Yossi Benayoun turned the game around for Liverpool, before Arshavin grabbed two in quick succession midway through the second half.

Torres brought it back to 3-3, only for Arshavin to score his fourth – the most famous of his haul – in the 90th minute. He was fed by Theo Walcott on the counter attack to go one on one with Pepe Reina and lashed the ball past the Liverpool goalkeeper with his left foot.

Arshavin put up four fingers and was wide eyed in disbelief as he ran over to the travelling fans. Only an even later equaliser from Benayoun stopped Arshavin winning it.

The only away player in Premier League history to score four goals at Anfield.

His impact on the Gunners that season was significant beyond just that one game. Arsenal were stuck in the middle of a run of five consecutive Premier League draws when he signed, four of which ended 0-0, and left the team at risk of missing out on a top four place and Champions League qualification amid competition from Everton and Aston Villa.

Arshavin made the difference. In his third appearance he assisted the decisive goal in a victory over West Brom, with a goal and two assists coming in the next Premier League outing against Blackburn. That was followed by another assist in a win over Newcastle.

In the meantime, further assists in the FA Cup also helped Arsenal reach the semi-finals. 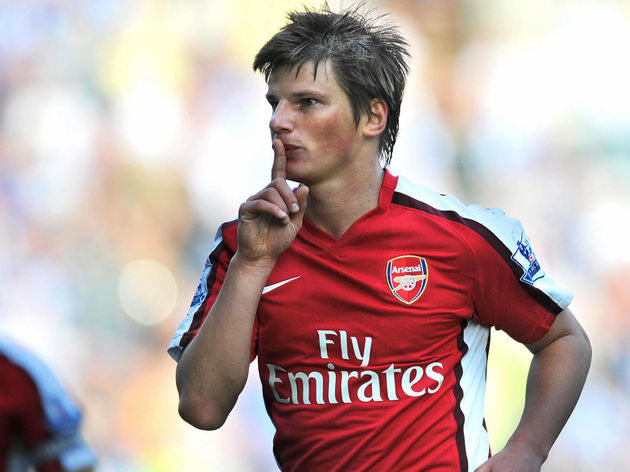 The Gunners kept winning in the league, with Arshavin getting another goal and assist to help beat Wigan 4-1, while he got three further assists across the two games that followed the Liverpool clash – Arsenal wins against Middlesbrough and Portsmouth.

When Arsenal lost 4-1 to Chelsea in early May, Arshavin was tellingly absent with illness. But by then his impact had been enough for the Gunners to pull clear in the top four race.

At that time, Arshavin was genuinely among the best and most exciting attacking players in world football – it is no coincidence that those years make him so fondly remembered by neutrals.

Arsenal had won the race to sign him for around £15m from Zenit St Petersburg, whom he had led to first ever national league title (Soviet or Russian) in 2007, but Tottenham and treble era Barcelona were also hot on his tail and were thought to have also made offers. 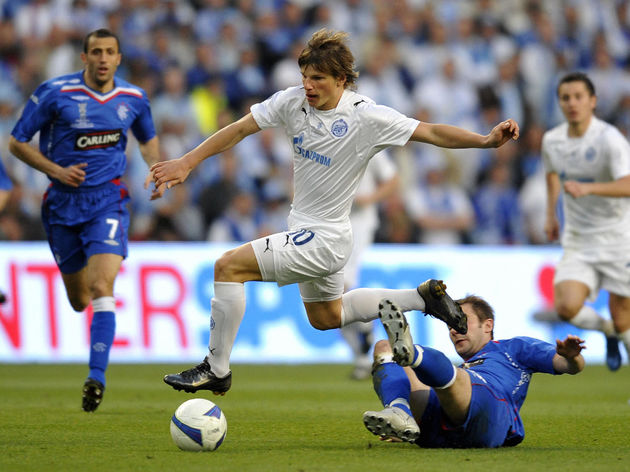 Having inspired Zenit to domestic glory, he went on to run the show in the 2008 UEFA Cup final as they saw off a spirited Rangers to win their first European trophy. Euro 2008 immediately followed and Arshavin once more shone as Russia escaped a tough group and ran riot in the quarter-finals against the Netherlands to reach the last four – in 30 years of competing as post-Soviet Russia it is the country’s best performance international tournament to date.

Arshavin was only a second half substitute when Zenit outplayed Manchester United to lift the 2008 UEFA Super Cup, but his year in overall saw him finish sixth in the Ballon d’Or, one place behind Xavi and one ahead of Euro 2008 top scorer David Villa.

An impressive first year at Arsenal that had continued into a strong start to the new season saw Arshavin nominated for the Ballon d’Or again in 2009. 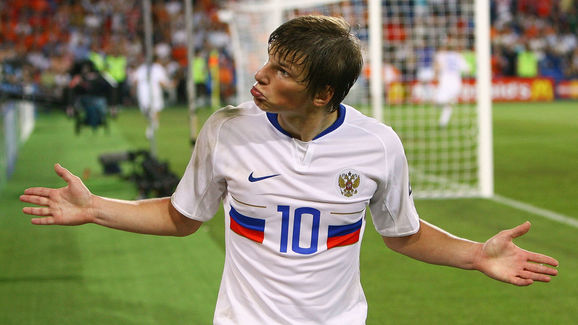 Overall, Arshavin played close to 150 games for Arsenal and was a key player throughout most of that time, but his impact began to wane from 2011 onwards and he returned to Zenit on loan in 2012, eventually making it a permanent move in 2013 after a few months back in London.

A short spell at Kuban Krasnodar followed, before a successful move to Kazakhstan, where he saw out the final three years of an illustrious career with Kairat and retired in 2018 aged 37.