​Eddie Nketiah continued his excellent pre-season form as Arsenal achieved a resounding victory over Serie A side Fiorentina in their second fixture of the International Champions Cup in Charlotte, North Carolina.

Following on from their 2-1 win against Bayern Munich on Thursday, Unai Emery decided to start a more youthful side, with Thursday's goalscoring hero Nketiah leading the frontline for the Gunners.

It was Nketiah who opened the scoring after 15 minutes. Sead Kolasinac bombed down the wing and hit a low cross to the waiting Nketiah who, after taking a couple of touches, coolly slotted the ball into the far corner.

Both sides had chances throughout the rest of the first half, with Fiorentina coming very close a couple of times, but it ended with just one goal between them.

Nketiah added his second 20 minutes into the second half. The ​Gunners launched a counter-attack, which culminated in ​Henrikh Mkhitaryan passing to ​Alexandre Lacazette, who could've easily scored from where he was situated in the box but instead played a short pass to Nketiah who fired the ball past Dragowski.

The two sides made wholesale changes throughout the second half, with much of Arsenal's stronger, more experienced players coming on.

It was young substitute Joe Willock who scored Arsenal's third, however; Lacazette slid through Fiorentina's defence and squared a pass to Willock, who struck the ball into the top corner in the 89th minute to cap off a wonderful Arsenal performance. The scoreline betrayed how equal the game was though and both sides had a similar amount of chances. I Viola were very unlucky to find any of their nine shots on target going past Emiliano Martinez and Bernd Leno respectively.

Fiorentina and Arsenal can be pleased with their performances, given their recent fortunes. Arsenal are struggling in the transfer market as their owner continues to refuse to back the club with the kind of signings their rivals are making, but the team have now won all three of their friendlies.

I Viola, on the other hand, were nearly relegated from Serie A last season, but a new owner brings renewed optimism and they performed valiantly against Arsenal. 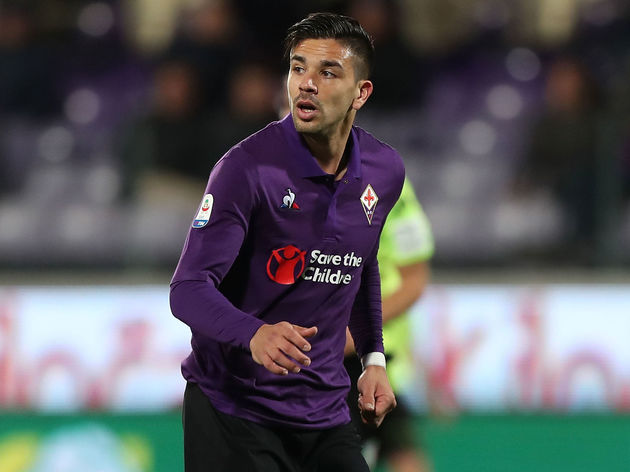 The Gunners will face Real Madrid in their next International Champions Cup game on Wednesday, while I Viola next play Portuguese champions Benfica on Thursday.