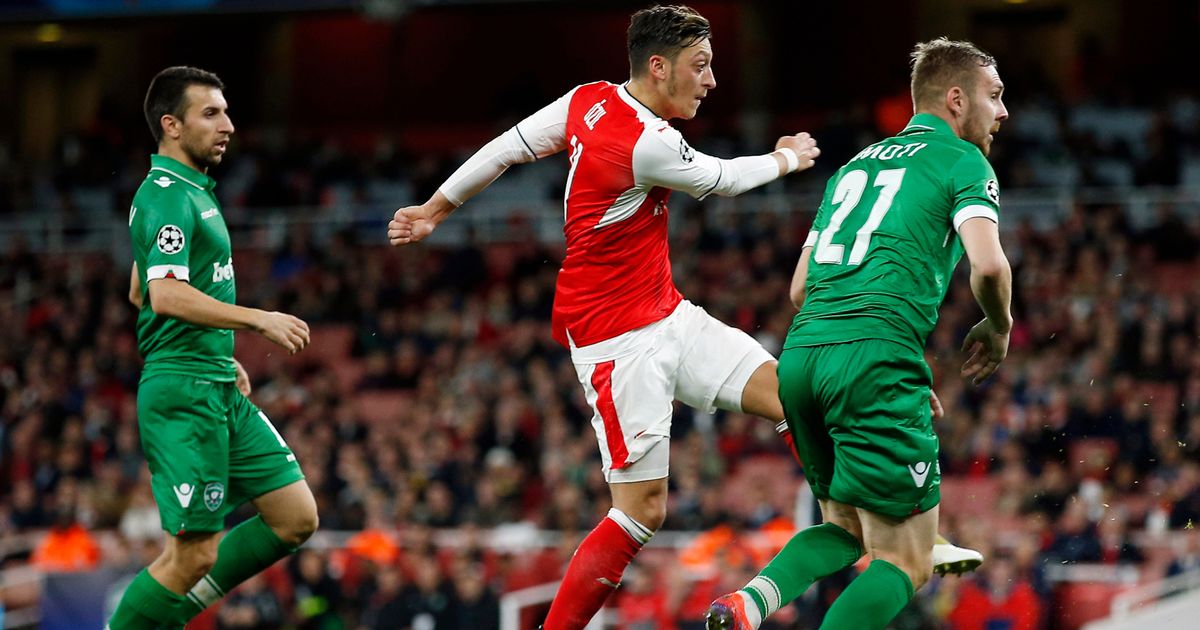 This was a great display, but frankly the opposition was poor. Taking nothing away from our lads, we were superb.

Six goals will do our goal difference no harm at all - surely it's betweeen PSG and ourselves for the top spot now.

The Gunners remained above Paris St Germain on goal difference, after the French side beat Basle 3-0.

Arsenal's victory moved them one step closer to a potential group decider when PSG head to the Emirates Stadium on November 26.

The Chile forward left Cosmin Moti and Ludogorets captain Svetoslav Dyakov trailing in his wake as he checked his run before delivering the delicious finish.

Walcott had already wasted a gilt-edged chance by that point, squaring to Sanchez instead of firing on goal himself.

Jonathan Cafu reminded Arsenal of the visitors' pace on the break, half-rounding David Ospina only to scuff his attempt.

Ozil then fluffed another fine opening, failing to connect sweetly when gifted the ball on the edge of the area from Moti's poor clearance.

Defensive misalignment then yielded needless pressure for the Gunners, who spent the first half's middle third on the back foot rather than killing the contest.

First Ospina was forced into a fine save to deny Virgil Misidjan and bail out the errant Shkodran Mustafi, who had failed to deliver a clearing header.

Then Wanderson grazed a post after Laurent Koscielny and Mustafi's position at the heart of Arsenal's defence again came under fire.

The muted celebration from the Gunners forward can be put down to Ludogorets goalkeeper Vladislav Stoyanov's poor positioning, as any Premier League stopper would surely have dealt with Walcott's effort.

Ludogorets' resolve was broken, and Arsenal set about glossing the scoreline, with Ozil running riot. As the game opened up, the 28-year-old plundered two more goals, to send the Emirates into late raptures.

Second-half replacement Lucas Perez laid on both of Ozil's late goals too in a neat cameo that no doubt delighted boss Arsene Wenger.