Arsenal and Chelsea on alert as Sterling searches for London pad 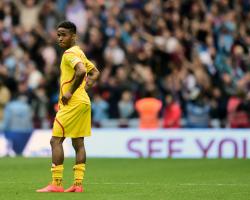 This latest twist in the 20-year-old's drawn out contract saga comes after the Daily Mail revealed that Sterling has put his Merseyside property on the market and has begun looking south for a new property.

Sterling, who Rodgers rates as one of the best youngsters in Europe, has turned down two improved contract offers from Liverpool and looks to be angling for a move away from Anfield.

Many have put Sterling's stance down to greed, but in an interview with the BBC at the beginning of April, in which he confirmed he had turned down an offer of ÃÂ£100,00-a-week, he states he is motivated by trophies and not financial reward.

Bayern Munich, Real Madrid and Manchester City have all been linked with a move for the England international although a move to either Arsenal or Chelsea would now look most likely.

Arsenal are thought to be at the front of the queue for Sterling, who is rated at ÃÂ£50million, but could get the player at a reduced price with Theo Walcott going the other way, somewhat softening the blow for Liverpool.