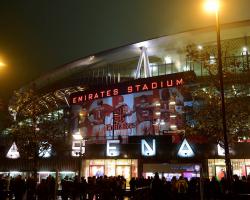 The Gunners, who sit third in the Barclays Premier League, have seen their off-field revenue streams based around the 60,000-seater Emirates Stadium continue to improve over the six months ending November 30, 2014, which has in turn released more funds for record player purchases of ÃÂ£93.7m, including summer acquisitions of Calum Chambers, Mathieu Debuchy, David Ospina, Alexis Sanchez and Danny Welbeck.

Arsenal, whose only long-term debt is against low-interest fixed-rate bond repayments for their stadium, expect to be "fully compliant with all of the requirements of both the Premier League and UEFA financial regulatory regimes".

Chairman Sir Chips Keswick said: "Our commitment to investment in the squad was evidenced by a record level of expenditure on players joining the club.

"Crucially, this investment remains at a level which is consistent with our principle of affordability and which is financially sustainable in accordance with the applicable regulatory regimes.

"On the field, the team has produced some strong results and the squad is looking fit and better balanced.

"However, we need to find our best form on a more consistent basis as we approach, what I hope will be, an exciting end to the season."

On Wednesday night, Arsenal saw their hopes of progress through to the quarter-finals of the Champions League left in doubt following an unexpected 3-1 home defeat by Monaco.

Press Association Sport understands manager Arsene Wenger will again be fully backed by the board as he looks to further strengthen the squad in the summer transfer window to mount a sustained challenge for honours.