Arsenal will wait to see referee Paul Tierney's report from their 1-1 draw with Crystal Palace before deciding whether or not to appeal the red card shown to striker Pierre-Emerick Aubameyang.

The Gabon international was given his marching orders midway through the second half for a nasty challenge on Palace midfielder Max Meyer, and is now set to serve a three-match suspension.

However, the challenge was only shown a yellow card by the on-field referee, before VAR stepped in to upgrade it to a red, and according to the MailOnline Sport, ​Arsenal believe they may have grounds for an appeal.

The tackle was certainly not malicious from Aubameyang, but did catch Meyer high on his ankle - the German's leg subsequently buckling under the impact. Fortunately though, he did not sustain serious damage, despite being immediately substituted.

The Gunners are waiting to see how the incident is described by the referee, and will pay close attention to the wording used by the FA when they issue the formal suspension to ​Aubameyang. They will then appeal the ruling if they believe their captain has been a victim of excessive punishment. As it stands, Aubameyang will miss league meetings with both Sheffield United and ​Chelsea, as well as an FA Cup tie with Bournemouth.

Speaking after the game (via ​Goal), manager Mikel Arteta admitted he was worried about losing such an important player as he challenged the rest of his squad to step up in Aubameyang's absence. 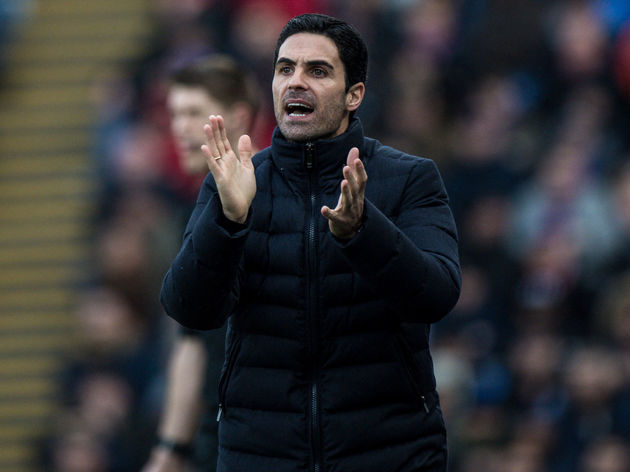 Even though Arteta is looking for a temporary fix in attack, he admitted that he is unlikely to promote youngster Eddie Nketiah to the lineup after he was recalled from his loan spell with ​Leeds United.

"I think we have to think long term with Eddie.