The return of the 'bruised banana' graphic is described as 'celebrating the club's history with a modern and progressive interpretation of a classic kit synonymous with Arsenal.'

​Gunners legend Ian Wright, who wore the original 'bruised banana' shirt nearly 30 years ago, features in the launch, while the kit has been modelled by the likes of Mesut Ozil, Pierre-Emerick Aubameyang, Hector Bellerin and Alexandre Lacazette. 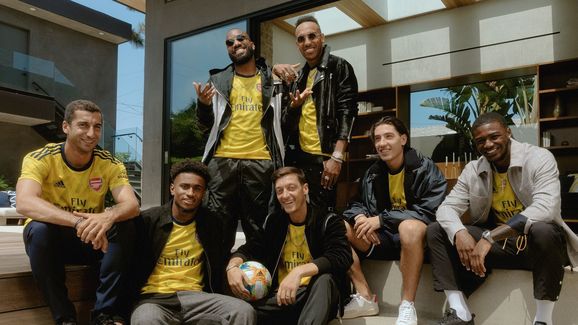 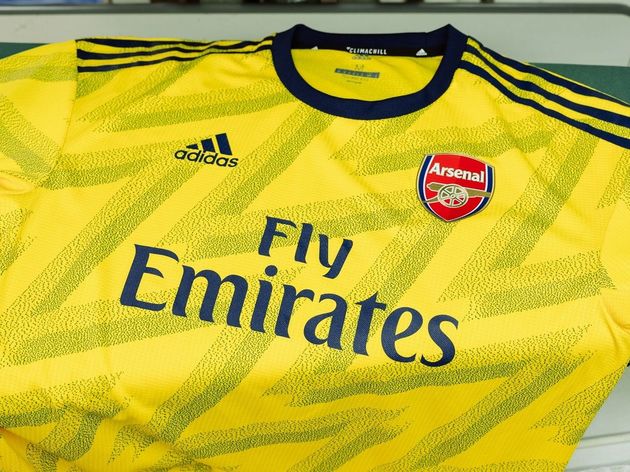 Arsenal will be wearing the new away kit in their Premier League opener against Newcastle United on 11 August, now less than a month away. 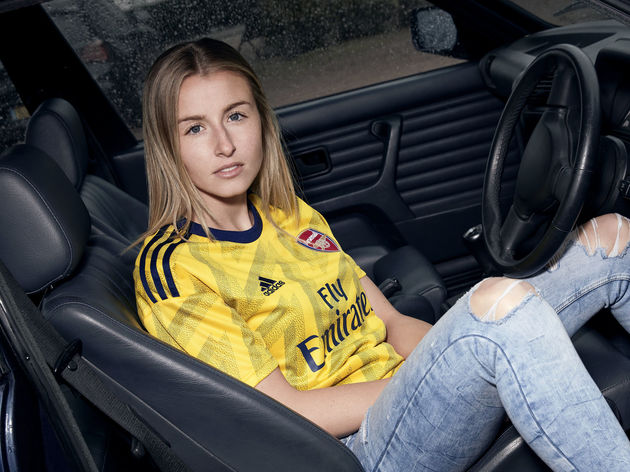 The new season marks the first of Arsenal's renewed partnership with adidas, with the 2019/20 home kit launched earlier this month.

The Arsenal away kit is available to purchase at the Arsenal club and online store, the adidas online shop (http://adidas.co.uk/football-arsenal) as well as selected adidas stores, retailers and fashion stores.