​Arsenal are reported to have submitted a bid in the region of £40m for Crystal Palace forward Wilfried Zaha, as the Gunners continue to chase their first signing of the summer.

The Ivorian had yet another impressive season for Palace in 2018/19, scoring ten goals and assisting ten more in 36 appearances, further cementing his status as one of the most exciting players outside of the current top six.

He has been widely reported as a target for ​Arsenal, with the general belief being that he may fall outside of their limited price range, but according to ​Sky Sports, the Gunners have submitted a first bid in the region of £40m to secure his services.

The story is interesting for a number of reasons, none moreso than the fact that Arsenal are reported to have just £40m available as things stand to spend on new players this summer.

It could then mean that Emery is prepared to put all his eggs in one basket in order to add Zaha to his forward line, or that previous reports, which seem to have been taken as fact, have underestimated the financial situation at the Emirates. 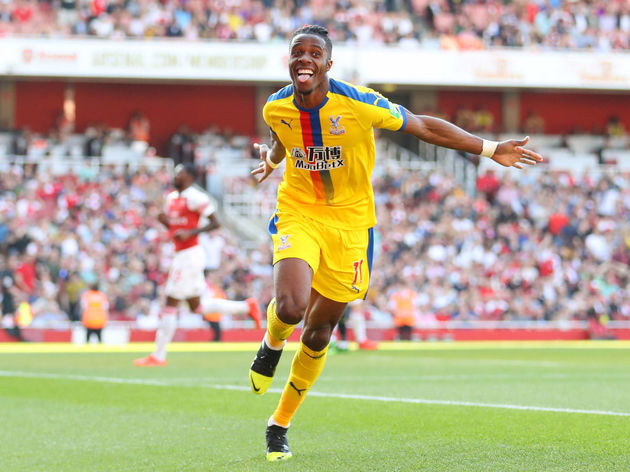 The third potential scenario is that the bid comes in the knowledge that funds will soon be raised through player sales. Both Mesut Ozil and Pierre-Emerick Aubameyang have been linked with moves away, which would surely offset the cost of the ​Crystal Palace forward while opening up a slot for him in the first team.

It should be noted, however, that £40m seems likely to fall significantly short of what Palace want for Zaha - ​a fee of £100m has been touted -  so this could simply be the first of many offers submitted by the Arsenal hierarchy.