​Arsenal manager Unai Emery is reportedly confident of signing Paris Saint-German midfielder Adrien Rabiot next summer, given that he previously managed the player during a stint with the Ligue 1 giants.

The Gunners struggled to acquire their major targets in the January transfer window, with loan deals for the likes of Christopher Nkunku,

did manage to lure in versatile midfielder Denis Suárez from Barcelona on a temporary deal, and will be looking to up their recruitment efforts significantly in the summer.

According to the Mirror, ​Arsenal are highly interested in acquiring Paris Saint-Germain midfielder Adrien Rabiot, who will be available on a free transfer upon the expiration of his contract in the summer. The report claims that Emery forged a strong relationship with the 23-year-old during his spell in the French capital, which will give him an advantage in the club's pursuit.

With Barcelona having snapped up Frenkie de Jong at great expense last month, their quest for a defensive midfield appears to be over, and with the previous frontrunners now having cooled their interest, the Gunners could be in pole position to sign Rabiot. However, they are likely to face competition from their fellow ​Premier League sides, such as ​Spurs and ​Liverpool. 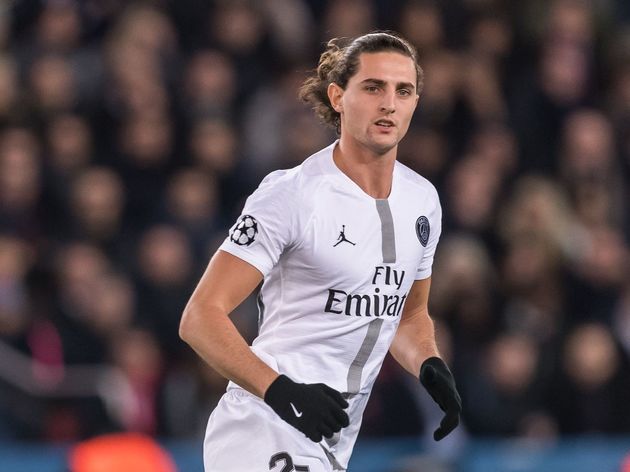 Last month, the Frenchman reportedly ​turned down an offer from Spurs - which could mean it will be a straight shoot-out between Arsenal and Liverpool

In other news, Emery has ​suggested that his side won't look to 'park the bus' on Sunday afternoon, as they take on ​Manchester City at the Etihad Stadium. The 47-year-old admitted it was a tactic that had worked for some sides in the past, but claimed that letting City assert their style of play would, in most cases, lead to a heavy defeat.