​Arsenal boss Unai Emery has hinted that his side won't be forced into playing an ultra-defensive game against Manchester City on Sunday afternoon.

The Gunners have experienced mixed fortunes of late, picking up wins against the likes of Chelsea and Cardiff City, but slumping to defeats against West Ham and Manchester United. With the race for the top four heating up, Emery's side still have an excellent chance of qualifying for next season's Champions League, but consistency will be imperative to this aim. 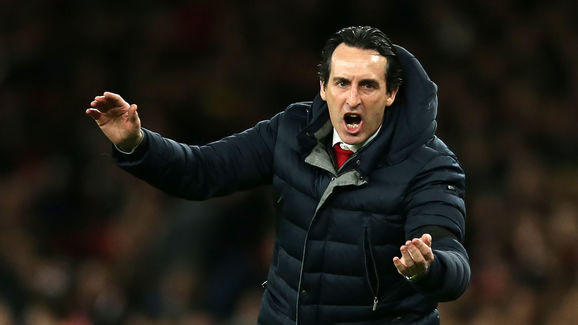 Speaking ahead of their Sunday afternoon showdown at the Etihad Stadium, via Goal, Emery said: "​Manchester Cityevery

"But this style can work for you like Newcastle and Crystal Palace won against them."

While Emery has noted that teams can find success through battening down the hatches against the Citizens, his comments do suggest that he may be unwilling to take a negative approach to the match. City are notorious for their deadly attacking play, and could run riot against the ​Gunners' depleted backline.

After slumping to a shock loss away to ​Newcastle United in midweek, City will be looking to bounce back with an emphatic win against the Gunners on Sunday. Emery's side were on the end of a 5-1 shellacking at Liverpool earlier in the season, and the former PSG boss will be determined not to make the same mistakes again against Pep Guardiola's side.

In other news, ​Emery has claimed that is new loan signing Denis Suàrez will not have a negative impact on Mesut Özil's playing time at the club. The Arsenal manager claimed that he would be using the new recruit in positions all across he front line, and that Özil would not be forced out of the team to accommodate the Barcelona ace.