​Arsenal head coach Unai Emery has provided a fitness update on midfielder Mesut Ozil ahead of their FA Cup third round clash with Blackpool at Bloomfield Road.

The German playmaker has been sidelined for the last two matches and Emery has revealed that the midfielder did not train on ahead of Saturday's match.

Speaking in his press conference ahead of the game, Emery, as quoted by ​the Sun, said: 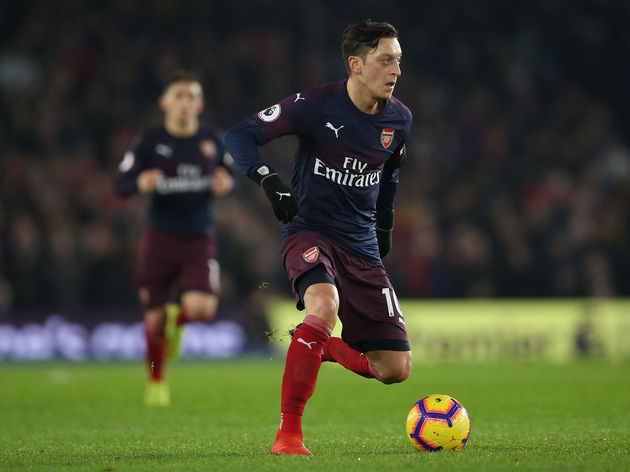 Positive start into 2019 for us!❤ Congrats Gunners!⚽ Nevertheless it was hard for me to not being on the pitch due to my injury today. I definitely want to help the team as soon as possible again. Wishing all of you a happy, healthy and satisfying 2019!  #YaGunnersYa #M1Ö

"If we need some young players to do one mix, but finding this power to be stronger with them, we will do it. The priority now is Blackpool."

The two clubs have already met once before this season, with Arsenal running out 2-1 winners at the Emirates in the Carabao Cup round of 16, thanks to goals from Emile Smith-Rowe and Stephan Lichtsteiner.