​A number of Premier League clubs are readying themselves for a return to training in the near future, despite the coronavirus pandemic, according to a report.

COVID-19 has brought all major European football competitions to an abrupt halt, including the Premier League. However, with top-flight English football currently scheduled to return on 3 April, some clubs are beginning preparations.

The UK government has issued statements warning people to avoid social gatherings and coming in to contact with others, and all but two Premier League clubs - Burnley and Tottenham - have suspended training schedules as a result. However, ​The Mirror reports that a number of ​Premier League teams will resume training this week and next, including London clubs Arsenal and Chelsea - who have both had staff test positive for the coronavirus.

​Arsenal boss Mikel Arteta tested positive, as did ​Chelsea youngster Callum Hudson-Odoi, but both teams are set to reconvene on the training ground starting next week, along with the likes of Bournemouth, Newcastle and Norwich, while Wolves, Brighton and Watford return this Thursday and Friday.

Despite a number of clubs returning to training, some such as Manchester United have decided to wait and follow government guidelines, while table-toppers ​Liverpool suspended training for two weeks on Monday. 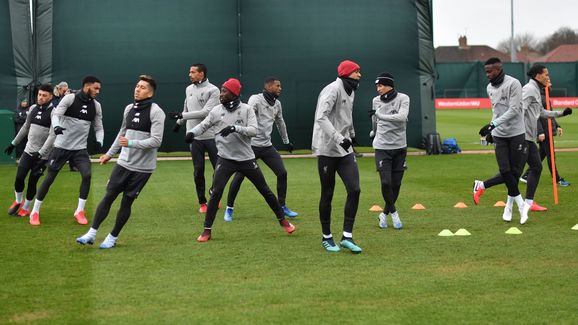 The coronavirus has thrown the Premier League season into jeopardy, with further postponements to matches, and even cancellations, on the cards.

A crisis meeting will take place this Thursday in which Premier League club chiefs will discuss how best to approach the rest of the campaign, while there is even talk about the entire league season being voided as the virus continues to spread throughout the United Kingdom.

Euro 2020 has already been pushed back a year, partly to help European clubs conclude their domestic seasons, but there is likely to be plenty of further postponements as time passes.