Arsenal closing in on Paulista deal 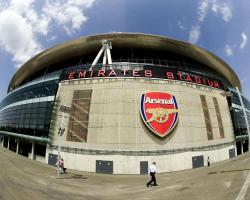 Gabriel has received formal approval from the Home Office and will undergo a medical at Arsenal's London Colney training ground on Monday while waiting for a visa application to be processed.

Press Association Sport understands there are still formalities to be completed in what is a complicated transfer but that Arsenal expect to confirm the move in the next 24 hours, most likely on Tuesday.

There were concerns Gabriel might not secure a work permit given he is uncapped for Brazil and rules state a player must have played in 75 per cent of his national team's matches in the last two years.

The Gunners, however, successfully argued the 24-year-old is an exceptional talent who will benefit the top level of English football.

The athletic centre-back will boost Arsene Wenger's defensive options, which have often been stretched this season due to injuries.

Villarreal announced on Saturday that Arsenal striker Joel Campbell would move to the Yellow Submarines on loan until the end of the season as part of the deal.

Campbell impressed while playing for Costa Rica at last summer's World Cup but the 22-year-old is yet to start a Barclays Premier League match for the Gunners this season.