Arsenal are prepared to fight off Liverpool's interest in club doctor Gary O'Driscoll after he emerged as the top target for the Premier League leaders.​

O'Driscoll, who is regarded as one of the bes in his field, has been selected as Liverpool's number one target to replace their head of medical services Andrew Massey, who will join FIFA on March 1.

The Premier League leaders have already began identifying suitable replacements for Massey, with the talents of the Arsenal man fitting the bill perfectly, given his wealth of experience and talent showcased on numerous occasions, although the role will not be vacant for some time. 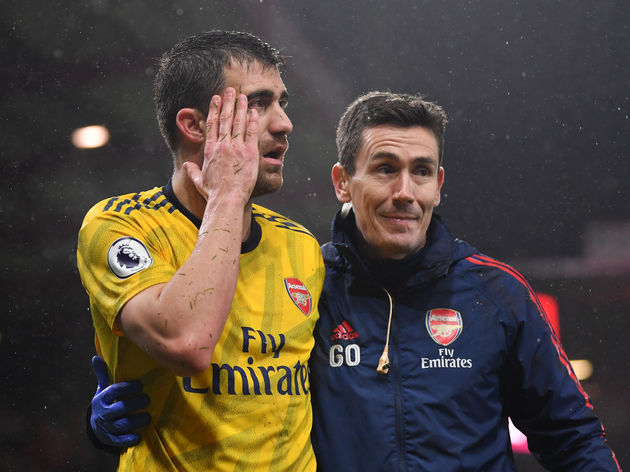 However, Arsenal are reluctant to let their talented club doctor leave to a Premier League rival, as per ​Daily Mail, and are willing to fight to keep him in north London. The pull of the Premier League leaders and Champions League holders might prove too strong for the Gunners.

With a small injury list, Arsenal will be keen to keep their backroom staff intact. Calum Chambers and Kieran Tierney are the only two long-term injuries for the Gunners, which directly correlates to O'Driscoll's talents.

O'Driscoll has previously held roles with the British Lions and the Irish rugby team, as well as a stint in Manchester during the 2000s. This may factor into his decision, with contacts in the north-west, although he has been based in north London since 2009. He survived an exodus of backroom staff as the club began to adjust to life without Arsene Wenger in 2018, but a sour taste was left in the mouths of those that stayed due to the poor treatment of those that departed.

The arrival of Mikel Arteta over the festive period might persuade the highly-rated doctor to stay in the capital with a feeling of great optimism filling the Emirates, despite the high pulling power of the European Champions.