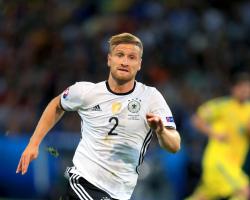 The central defender, 24, arrives after Arsene Wenger's near summer-long pursuit, and shortly after Calum Chambers' loan departure to Middlesbrough.

"He is at the right age," Wenger told the club's official website

"He has good experience.

We have taken a great player but have prepared well for the future."