​Arsenal have revealed that midfielder Lucas Torreira will be sidelined for at least eight weeks while he recovers from an ankle fracture.

Following a robust challenge, the Uruguayan went down with the injury during the 2-0 victory over Portsmouth in the FA Cup and was immediately stretchered off the field.

Since that game, Torreira has undergone plenty of tests to determine his recovery schedule, and the club confirmed on their official website that the midfielder is expected to miss between eight and ten weeks. 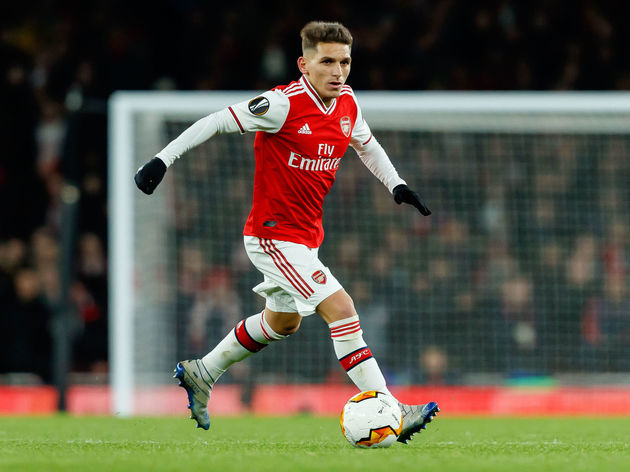 That could well mean that Torreira's season is over for ​Arsenal. The Gunners' final game of the ​Premier League season comes against ​Watford on 17 May, which is only nine weeks away.

However, there is a chance he could be ready to feature, but only if he recovers faster than expected.

In his place, Mikel Arteta can call upon the likes of Granit Xhaka and Mattéo Guendouzi, but it was Dani Ceballos who excelled in that deeper role in the recent 1-0 win over ​West Ham United.

The Spaniard led his team in total tackles, interceptions and passes, and was a constant menace at both ends of the field.

The Gunners will need performances like that from Ceballos for the rest of the season. They currently sit ninth in the league table, eight points and one game behind ​Chelsea in fourth, so they already need a minor miracle to fight their way into one of the European spots. Elsewhere, Shkodran Mustafi will face a late fitness test ahead of Wednesday's clash with ​Manchester City (lucky Arsenal), while right-back Cédric Soares is expected to return to training this week to rotate with Héctor Bellerin.

Sead Kolašinac should be back in training by the end of March if his recovery from a shoulder injury goes well, but Calum Chambers will still be focusing on making his return from a knee injury next season.