Arsenal and West Ham are reportedly interested in signing Villarreal's 22-year-old midfielder Pablo Fornals - who is believed to have a release clause of £28.5m.​

Fornals has possibly been Villarreal's only shining light in what has been a miserable season for the relegation-threatened La Liga side, with his classy performances and moments of flair capturing the attention of potential suitors. 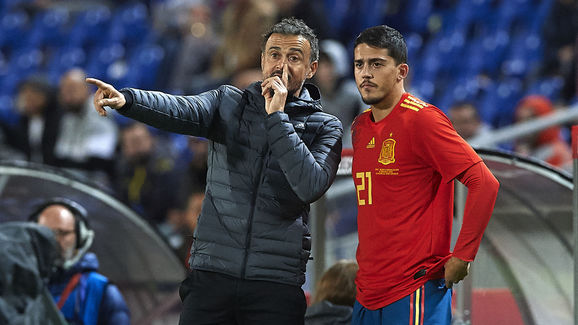 According to ​TalkSport, the two London clubs are looking to add to their teams before the close of the January transfer window on Thursday, with Fornals appearing on the shortlist of both sides.

A huge glimpse as to what Fornals could offer either the ​Gunners or the ​Hammers would be his performance in Villarreal's 3-0 away win at Athletic Bilbao earlier in the campaign, in which the Spaniard smashed in a 40-yard volley and performed an unbelievable piece of skill against Bilbao defender Inigo Martinez. The attacking midfielder - who has been capped twice by Spain - has played in all of Villarreal's league games this season, registering his one spectacular goal and two assists in 20 matches. He has also shined in Europe, where he registered two goals and two assists as Villarreal's topped their Europa League group.

Villarreal manager Luis Garcia has however already played down the potential of Fornals' departing the Yellow Submarine earlier in the transfer window, with the player still to play an important role in ensuring the club's Spanish top flight status.