Arsenal Defence: Analysing the Level of Football Each of the Gunners Centre-Backs Should Be Playing

​Laurent Koscielny has been nothing short of brilliant for Arsenal in his nine years with the club, but he appears to be on his way out of north London.

In the increasingly likely event that the Gunners lose their captain, their options in central defence look shabby, to say the least. Even if Koscielny stays, the club are hardly blessed in that department, with Shkodran Mustafi, Rob Holding, Calum Chambers,

BREAKING: Laurent Koscielny has refused to join up with the rest of the Arsenal squad on their US pre-season tour, as he tries to force a move back to France.

What a captain. Fair play. pic.twitter.com/rIzvxPMcPB 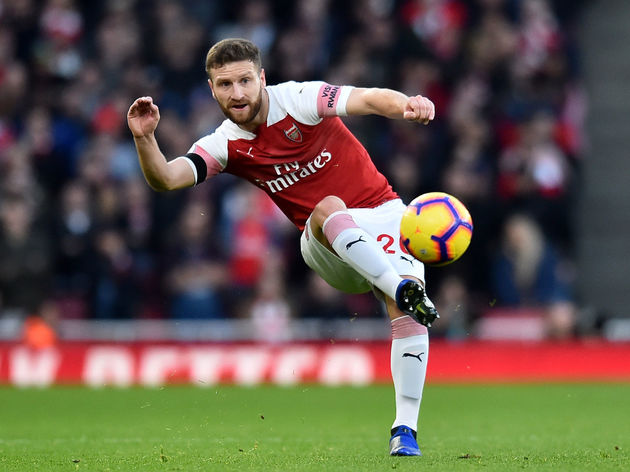 Virgil van Dijk, Aymeric Laporte, Antonio Rudiger; these are the kinds of defender that will lead a team to glory, the type which you can use as a foundation for success. Holding isn't.

He's far from a disappointment, often looking like the sturdiest option for Emery. However, it has been obvious for most of his three seasons with the Gunners that the youngster is not at the required standard.

Mistakes come rarely, but outstanding performances are even less frequent. Holding regularly fails to make an impact in matches and would be better off plying his trade with a promotion-chasing ​Championship side. Where He Should Be: Europa League Randomer If he wasn't as slow as an asthmatic tortoise then Sokratis would be a first-rate defender. Even though he's a bit of a slouch across the turf, the Greek international is still superior to almost all of his alternatives, reading the game well and dominating aerially.

Much like Monreal, his faults are minimalised in a five-at-the-back system, making him a good fit for Emery and the Arsenal side he hopes to build; best make sure he's got some speedier centre-backs about, though.