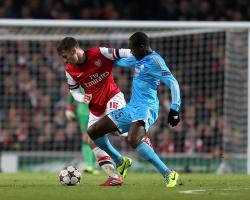 The Metro report that the Gunners have held talks with Imbula's father over a ÃÂ£13million move to England from France, which would be a small price to pay for a player in a position defensive midfield - fans have wanted strengthening for some time now.

Italian side Inter Milan were also thought to be interested, as well as city rivals Tottenham

However, respected Italian journalist Gianluca Di Marzio has claimed that Roberto Mancini's side will still attempt to sign Imbula, despite bringing in Kondogbia.

Giannelli Imbula is the latest in a long list of names linked with Arsenal this summer, but if the FA Cup winners are seriously looking to add depth to their defensive midfield department, then Imbula would most certainly be the way to go

He's French, plays in Ligue 1 meaning no problems with work permits is available for a moderate fee and is only 22-year-old.