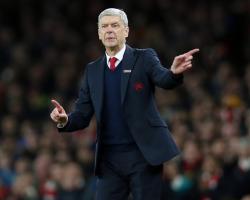 The 27-year-old has emerged as a top target for Arsene Wenger as he looks to add attacking options to his ranks before the transfer window closes next week.

Perez has also been linked with Everton but the Gunners will now be hoping to do a deal for the former Karpaty Lviv and PAOK striker.

Having failed to lure Jamie Vardy away from Leicester and after a summer of reported interest in Lyon forward Alexandre Lacazette, Arsenal now appear to have made a move to bolster their strike-force.

Arsenal have taken just one point from their opening two Premier League games having lost 4-3 at home to Liverpool before a goalless draw against champions Leicester last weekend.

Wenger had already signed young Japan striker Takuma Asano this summer but he confirmed the 21-year-old is now expected to be loaned out having been denied a work permit.

Alexis Sanchez has started both league games as Arsenal's central striker but Olivier Giroud is in line to return to the side for Saturday's trip to Watford.