The Portuguese midfielder, who joined Olympiacos in 2018 after he left Sporting CP, scored five times in 27 appearances and notched a further eight assists last season as his side finished second in Greece's Super League.

The 23-year-old, who has been capped at youth level for Portugal, has enjoyed a bright start to the current campaign in both the league and the UEFA Champions League. Last month against Tottenham, Podence struck late in the first half as Olympiakos fought back from 2-0 down to gain a point. His pace and agility caught the eye with viewers across the world as he caused both Davinson Sanchez and Ben Davies huge problems. After keeping tabs on the player over the last few months, according to ​Sportime in Greece, Arsenal are ready to step up their interest in the 5ft 4in wide man and may launch a bid in January for the player.

If a deal were to occur, the report claims it would cost the Gunners around £21.5m - a potentially huge profit on player they signed for free.

​Gunners manager Unai Emery, who failed to sign Crystal Palace winger Wilfried Zaha in the summer, is eager to continue strengthening his squad in the wide areas and give summer acquisition Nicolas Pepe more support.

Emery has recently been reliant on youngsters Bukayo Saka and Reiss Nelson to provide the spark from the wing in matches with Pepe yet to fully settle in England. 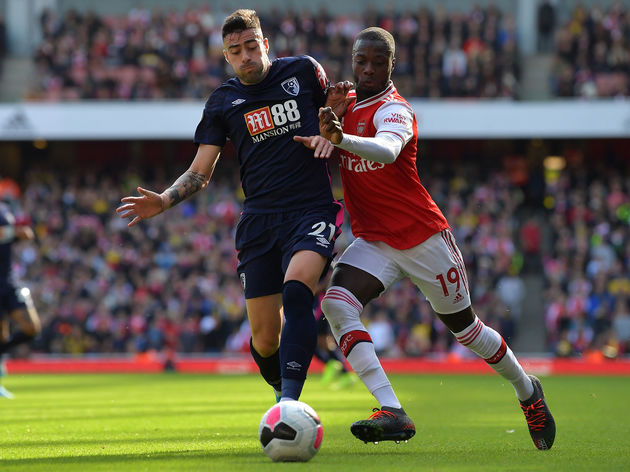 If truly keen, Arsenal will face competition for Podence, whose impressive displays have not gone unnoticed.

Represented by notorious 'super-agent' Jorge Mendes, there is expected to be a host of clubs asking about the Portuguese star's services, with Sevilla and another unknown ​Premier League club name-checked in Sportime's report.

Whether a January deal is likely from Arsenal's end is unclear, with ​The Athletic's David Ornstein claiming that he expects a 'quiet window' for the Gunners this winter.