​Arsenal face serious pressure from Napoli in their pursuit of Celtic left-back Kieran Tierney, with the Serie A side set to make a place in their team for him by selling Mario Rui.

The Gunners have been heavily linked with Tierney all summer, with Unai Emery desperate for defensive reinforcements. However, a deal is yet to materialise, giving Napoli the chance to involve themselves in the discussion. 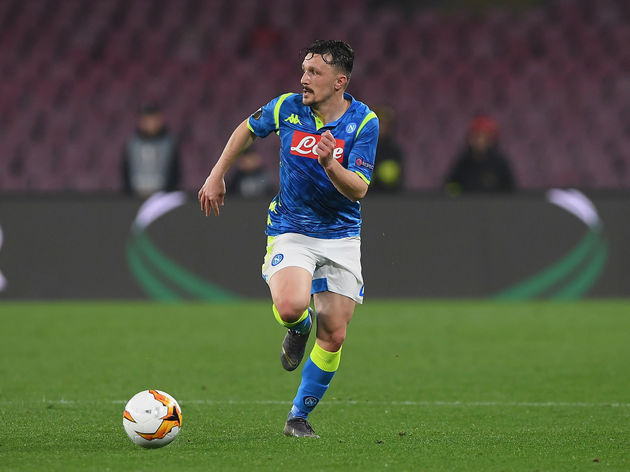 ​The Telegraph claim that ​Napoli are ready to step up their pursuit of Tierney, with Rui set to leave the club to make space for the Scotland international.

Rui is said to be nearing a £15m move to Benfica, and such a move would trigger Napoli's approach for Tierney. They would raise the majority of Celtic's £25m asking price, and they would look to take advantage of ​Arsenal's hesitance by lodging their own offer.

Arsenal are yet to make Celtic a satisfactory bid, with Emery looking to save money in every way possible. The Gunners are thought to be operating with a transfer budget of just £45m, and spending a large part of that on Tierney would make their pursuits of ​Wilfried Zaha, Ryan Fraser and William Saliba a whole lot harder. The fear is that Napoli's interest could spark a bidding war for Tierney, and Arsenal may find themselves unable to compete financially, especially if they do not sell any players before Napoli put their plan into action.

The likes of ​Mesut Ozil, Laurent Koscielny and even ​Alexandre Lacazette have been linked with moves away from the Emirates Stadium this summer, and Emery will certainly need at least one of them to leave the club if he is to have any hope of signing multiple players.