The Premier League's official fantasy football game is back up and running, so it's time to get busy making your drafts before settling on one when the season kicks off in August, and then instantly regretting your choices after the first gameweek.

There are plenty of options to consider and there'll undoubtedly be plenty of chopping and changing before we get up and running, but which players should you be looking at?

Here's the lowdown on Arsenal's current crop of fantasy options with their new prices. 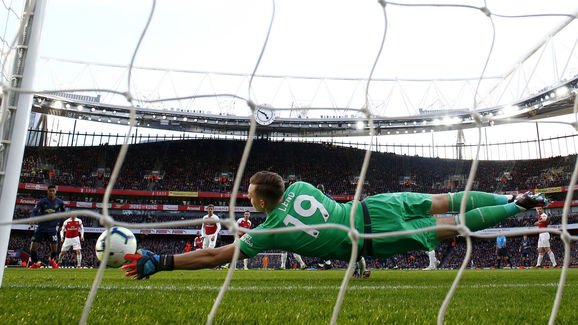 Bernd Leno (£5.0) - A solid campaign last season means his price hasn't changed and could be a bargain pick-up if Arsenal could improve their defence.

Emiliano Martínez (£4.5) - Will rotate in for two or three games throughout the season when Leno is unavailable. Héctor Bellerín (£5.5) - An injury-hit season last time out for the Spaniard, but if he puts in good performances when he returns, Arsenal should have greater attacking output.

Shkodran Mustafi (£5.5) - A starter for the Gunners despite a catalogue of errors last season, but his performances do not warrant a selection in your fantasy team.

Sead Kolašinac (£5.5) - A great attacking threat but a poor defensive presence means it is difficult to select the Bosnian at such a steep price, despite being Arsenal's best point-scoring defender.

Sokratis Papastathopoulos (£5.0) - A rock at the back but doesn't offer much at set-pieces so his points rely solely on clean sheets - an Achilles heel for Arsenal.

Ainsley Maitland-Niles (£5.0) - A great replacement for the injured Bellerín last season, the Englishman can also play in midfield and muster up more points at a relatively low price. Laurent Koscielny (£5.0) - The ageing captain still plays a big role for ​Arsenal but his future is up in the air so it would be wise to not put him in your squad at the moment.

Nacho Monreal (£5.0) - Capable of playing at centre-back and left-back, Monreal is a dependable squad member but his lack of numbers makes him unsuitable for Fantasy ​Premier League.

Rob Holding (£4.5) - If he returns from his devastating injury as the player he was before, he would be a sure-fire for a starting berth and would sure up the leaky defence at Arsenal.

Konstantinos Mavropanos (£4.5) - The Greek young centre-back will likely only see game time if there are injuries to the starters. 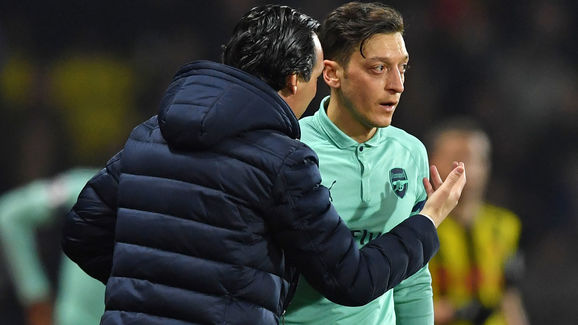 Mesut Özil (£7.5) - The enigmatic German had a difficult time under Unai Emery last season as the once-great assist king has failed to adapt to the new manager's system.

Henrikh Mkhitaryan (£7.0) - Similar to Özil, the former Manchester United midfielder has been hit and miss for the Gunners and has been unable to secure a starting spot under Emery.

Alex Iwobi (£6.0) - The highest scoring midfielder for the Gunners with a measly haul of 99 points shows how poor Arsenal have been in midfield. The Nigerian was a good performer mostly coming off the bench and it looks like he will play a similar role this campaign. Granit Xhaka (£5.5) -  No doubt the Swiss international has talent, but he has been unable to prove it in the Premier League. As the resident set-piece taker for Arsenal, he only managed to attain a disappointing tally of two assists encapsulating his struggles.

Lucas Torreira (£5.0) - A great destroyer and good passer but his specialties are not rewarded in Fantasy Football hence the low price.

Mattéo Guendouzi (£4.5) - The midfielder is great at controlling play but like Torreira, he will not be able to attain a lot of points because of his style of play. Pierre-Emerick Aubameyang (£11.0) - Joint Premier League Golden Boot winner, Aubameyang was one of the shining lights as he proved why he is one of the most lethal strikers in the game and will repay your investment with at least 20 goals.

Alexandre Lacazette (£9.5) - Only ​Aubameyang managed more points than ​Lacazette for Arsenal last season, highlighting how crucial the Frenchman is to the side whether that is by scoring or creating goals.

Eddie Nketiah (£4.5) - Could be a very good substitute as he will likely see more game time this season especially if either Aubameyang or Lacazette sustain injuries.