Arsenal given boost in race to sign Porto target 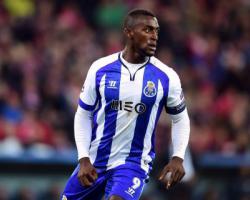 The player has scored an incredible 29+ goals in each of his three seasons at Porto and its that strike rate which has attracted the strong interest from Arsenal as well as AC Milan.

Luiz Henrique Pompeo claims that the race to sign is not yet done and that another club is waiting in the wings to give hope to Arsenal.

"Milan we really like, it is a top club, but on the scales we also have an offer from another top club," Pompeo told calciomercato.

"We have to meet again with (Milan CEO, Adriano) Galliani between tomorrow and the day after, there are still things to be placed, the agreement has not yet been completed.

"How is the situation between Milan and Porto? I do not know, I do not take part in the negotiations between the clubs."