Lingard mocked the Emirates Stadium when he tagged his Instagram post's location as 'Dancefloor' following his moonwalk celebration in United's 3-1 FA Cup fourth round victory in January, but the move came back to haunt him as it gave Arsenal extra incentive to secure a crucial 2-0 victory in the Premier League. 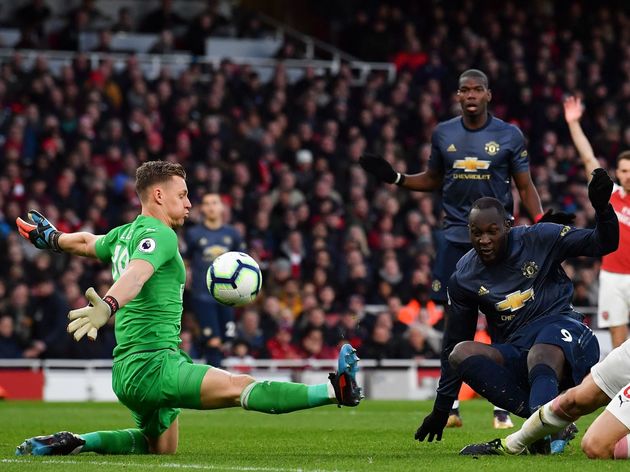 ​Arsenal jumped back into Champions League qualification spots after goals from Granit Xhaka and ​Pierre-Emerick Aubameyang powered them above the Red Devils into fourth place.

After the game, Leno revealed how Lingard's celebration provided the Gunners with motivation to get their own back against United.

"I don’t know but in your mind you will never forget something like that, when somebody is celebrating," he said, as quoted in the ​Telegraph.

We are back! Amazing party at the Emirates today! @Arsenal pic.twitter.com/x7FeRLATXl

"You don’t want to see it again so we were motivated and we knew before the game about our chance because ​Man United had one point more than us.

"Now we have a two point advantage and that was enough motivation for us. We are in the top four and the other teams now wait for our mistakes."

Lingard, who missed the clash through injury, had previously scored twice in the same fixture last season and his Instagram jibe really got under the skin of the Arsenal players and fans alike.

Following Sunday's game, ​Mesut Ozil chipped in with his opinion on the celebration and seemed to reference the England international's mockery on Twitter.

"There are still eight games and we want to win every game but we have to focus on each on because the other teams will wait for small mistakes," added Leno.

"We don’t play against the other top six teams so I think we can beat the others. The next game is against Newcastle at home and it is an opportunity to win and stay in the top four."