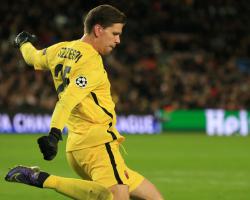 The 26-year-old spent the previous campaign in Serie A, making 34 league appearances, as well as eight in Europe, helping the Giallorossi finish third.

Szczesny, who represented Poland at Euro 2016, joined the Arsenal Academy in 2006 and played 181 times for the first team, but lost his place in the side to David Ospina and then fell further down the pecking order at the Emirates Stadium last summer fo llowing the arrival of Petr Cech from Chelsea

"I am very happy after a good season (that) I had a chance to come back and I am glad that the (Roma) coach wanted me," Szczesny said on the official Roma website

"I hope that we will improve what we have built in the last championship."