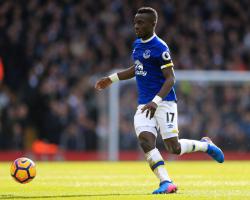 Arsenal are targeting Everton midfielder IDRISSA GUEYE, with the Gunners lining up a summer bid, reports The Sun.

STEWART DOWNING could be heading for the exit door at Middlesbrough after the Daily Mail claimed he has had a fall-out with Aitor Karanka.

Everton's contract negotiations with ROMELU LUKAKU have hit a stumbling block over the issue of a buy-out clause, according to the Daily Telegraph.

The Sun is reporting that Bournemouth are going off the idea of signing JACK WILSHERE on a permanent basis.